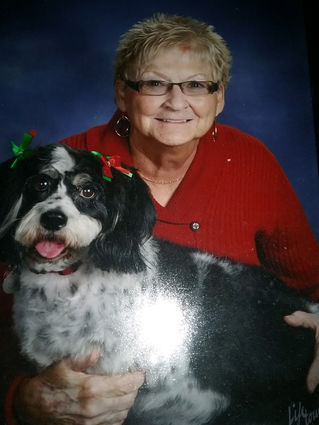 She was born on June 20, 1938, in Kathryn, N.D. As a child June was active and happy. She was diagnosed with diabetes at age 16. She loved spending time with her six siblings on the farm until her dad, Carl Kopp, passed away at age 45.

Following this loss, her mom, Mildred (Kulsrud) Kopp moved the family to Lisbon, N.D. June was active as a Lisbon Spartan in Speech and Drama, Student Council, held two jobs, one at the Creamery and another keeping books. She liked to roller skate and sew her prom dresses. June was married to John Thomas Myhre in 1957. They had three children; Jill Lynette, Judi Lynn and John Scott. The young couple moved to Glasgow, Mont., in 1963, and continued to live there until 1980. John and June divorced in 1976. June was employed with First National Bank as a teller, then loan officer and lastly as First Vice President.

In 1982, she moved to Longmont, Colo., continuing to work in banking until she retired. June's second career was selling insurance after earning her license. She continued to live in Denver. She later moved to Lake Havasu City, Ariz. One of her most treasured pastimes was getting together with her children, grandchildren and great-grandchildren. She loved being around water activities in Lake Havasu, the Denver area, Hauser Lake and Spring Meadow, near Helena, Oklahoma and Fort Peck Lake. She enjoyed ice skating, water skiing, boating, and water parks with kids and grandkids. June loved visiting National Parks, deserts, as well as Mexico.

In 2015, June moved to Omaha while living in a retirement community. She enjoyed playing Bingo, card and board games. She would take group trips to site see the area with fellow residents. June was a faithful member of all the Lutheran congregations she belonged to throughout her life.