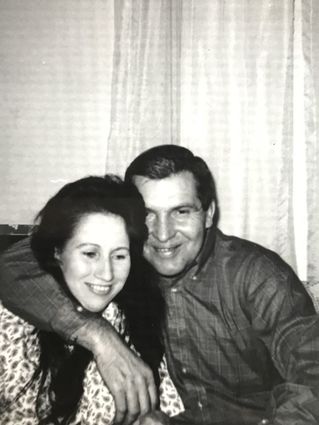 A memorial service will be held Sunday, Oct. 14, at American Legion Post 10 in Wenatchee, Wash., at noon. Inurnment will be at Wenatchee Cemetery.

He was born Oct. 14, 1925, in Lancaster, Minn. He was one of 13 siblings, all sisters except for two brothers. He graduated from Blaine High School in 1944 and shortly thereafter enlisted in the U.S. Marine Corps. After his initial training, he shipped out to Guam and became a proud member of VMF 214, the Black Sheep squadron. Harold liked to tell the story of the unit's first attempt at acquiring a sheep mascot which they painted black. A lack of knowledge, not meanness, lead to the sheep's demise and replacement with a natural black colored sheep. Harold served as a heavy truck driver and crew chief of the unit's aircraft, the famous F4U-4 Corsair. He and his unit were preparing for the invasion of Japan which wasn't necessary following the atomic bombing of Japan and Japan's surrender.

After his discharge as a Corporal, he joined his parents and sister in Glasgow, Mont. He worked hard on ranches, breaking horses and doing all sorts of chores.

One day, he and his friend, Chet, happened to meet two,

beautiful sisters in downtown Glasgow and a short time later, he tied the knot with our beautiful mother, Blanche. Daughters Beverly, Janice and Carol were born in Glasgow and daughter Patty was born in Havre, Mont. He worked for Coca Cola and Eddie's bread company in Glasgow before deciding to join Blanche's father in Canada. Two hard farming years later, the family moved back to Glasgow.

While in Canada, he began studying for his apprentice electrician rating and later joined the International Brotherhood of Electrical Workers as a journeyman electrician and he was a

in the west including the (then) new Glasgow Air Force Base, Fort Peck Dam, and numerous missile silo installations. He also worked for several years at the Satsop Nuclear plant and on the Tacoma waterfront wiring portable modules to be shipped to the Alaska oil fields.

Following Blanche's passing in 1990, Harold traveled and resided for a short time in Michigan and Florida and did some full time RV'ing before settling with his daughter, Janice, for five years in Wenatchee. He then moved to Gillette, Wyo., and spent 10 years visiting with his sister-in-law, Mert, and her children, before moving to East Wenatchee, Wash., where he lived the past three years.

Harold enjoyed cooking special treats for his family, reading, gardening, fishing, Reno and fixing things around the house. He enjoyed a wonderful trip to Washington D.C., with honor flight and he was a proud member of the American Legion and the VFW.

He was preceded in death by his wife, Blanche Ryan (Johnston); and all his siblings.

Funeral arrangements are by Jones and Jones Betts Funeral Home.