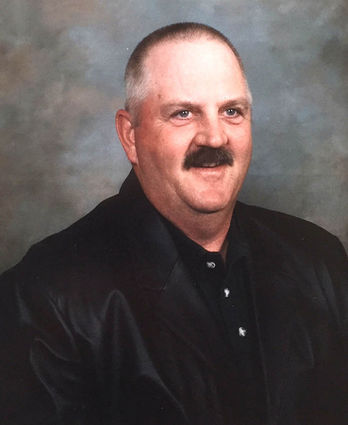 He was born to Kenneth and Lois Jean (Snively) Nyby on Aug. 25, 1953, in Plentywood, Mont. He was the first born with four siblings to follow, Bob, Bruce, Donna, and Daryl. Bill was always there to hover over his siblings whether they wanted him to or not.

Baseball was a central focal point in Bill's upbringing, starting with playing with the neighbor boys, to the Big Muddy Little League, to Grenora Legion, to the Eastern Montana College Yellow Jackets, and to the Borderline fast pitch league. Baseball was truly Bill's favorite but that did not stop him from diving in and coaching basketball, track and football.

He married Diane Spoklie on June 9, 1984, at Plentywood Lutheran Church. Caitlin Rae arrived on Jan. 6, 1992, and Rob William followed on Dec. 16, 1993. His children were the light of his life. He spent a large majority of his life supporting his children in various activities and he wouldn't have had it any other way.

Bill was a man of many trades, starting out with construction in the Flathead Valley and ending up in Sheridan County where he worked in the oilfield. He covered many miles in Montana and North Dakota. Bill and Diane moved to the Spoklie Farm in 1987, where they raised domestic elk. He was a member of the North American Elk Breeders Association. In 2005, Bill and Diane started their own custom framing business. He enjoyed working with wood, cutting glass and visiting with people as they stopped in while the door was open.

In November of 1998, Bill was successfully voted in as a Sheridan County Commissioner. He was currently serving his fourth term. He strived to do what was best for the people of Sheridan County and he truly did love his job. He served as a fiscal officer for MACO. He was currently serving as a trustee for the Joint Powers Trust, on the 911 Advisory Board, as the Vice Chair of Tax, Budget, and Finance Committee at MACO, and was an executive board member of Montana Association of Oil, Gas, and Coal at the state level. Locally, he served long terms on the Sherwood Airport Board, clocking numerous hours plowing snow and mowing grass. He recently resigned from an 18-year reign as the Sheridan County Solid Waste District Chairman.

He was also currently serving as the Plentywood Fire Department Chief and he handled this position as he did all of his coaching or serving the public, with integrity, honesty, hardwork, and striving to do what was best for the people.

He is preceded in death by his father Kenneth; his grandparents; aunts and uncles.

Funeral services for Sheridan County Commissioner William "Bill" Nyby were conducted at 1 p.m., Friday, Sept. 7, at the Plentywood Lutheran Church with Pastor Mark Taylor officiating. Interment followed at the Plentywood Cemetery. A gathering of family and friends was conducted 7 p.m. Thursday evening, Sept. 6, at the Fulkerson Memorial Chapel in Plentywood.

Fulkerson Funeral Home of Plentywood has charge of arrangements: read or print the complete obituary, post remembrances, and send cards and flowers online at http://www.fulkersonsplentywood.com.