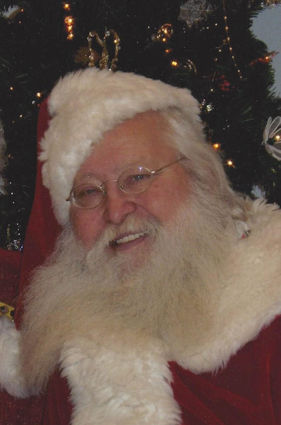 On the afternoon of Sunday, Sept. 2, 2018, at the age of 77, Freddie Sergent passed away peacefully of natural causes in Helena, Mont.

He was born in Glasgow, Mont., on July 25, 1941. He was the youngest of nine children born to Benjamin and Delilah Sergent.

After attending school in Glasgow, he joined the Army in August, 1958, where he was recognized as an Expert-Carbine and also completed his GED. He reached the rank of Pfc E3 (T).

After leaving the service, he enjoyed a rich life full of adventure, including a period of professional gambling in Las Vegas, and many years in the entertainment industry as a professional Santa Claus. During this period, he traveled to major cities and thrilled young and old alike as he brightened their holiday and listened to their Christmas wish list. After retiring to Helena, he continued to play Santa at many community events, including his last performance at Apple Rehab Cooney, two weeks prior to his passing.

He was proceeded in death by his parents, Benjamin and Delilah Sergent; three brothers, George, Albert and Alfred Sergent; and two sisters, Florence Gore and Ethel Danials.

He is survived by three siblings, Delvin (Betty) Sergent, Myrtle McCleery and Aletha Crampton; and a multitude of nieces and nephews who adored their beloved uncle, "Santa Fred!"

A graveside service with military honors was held at 3 p.m. on Friday, Sept. 7, in the committal shelter at Montana State Veterans, Fort Harrison.

Please visit http://www.aswfuneralhome.com to offer the family a condolence or to share a memory of Santa Fred.