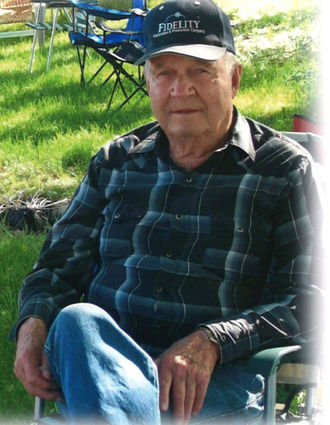 He was born Nov. 8, 1921, to Ernest and Maud (Hess) Erickson in Saco, Mont. He grew up north of Saco attending several schools in the area. While growing up, he helped neighbors with haying, threshing, lambing and various other jobs.

On July 17, 1942, he was sworn into the Army. He got to come home for two weeks before he was sent to Fort Douglas, Utah. From there, he was sent to Fort Lewis, Wash., for basic training. On Jan. 28, 1943, he was sent overseas. He was an ambulance driver for the 542nd Amphibian Regiment serving in New Guinea and the Philippines. On Nov. 10, 1945, after three years, three months, and 23 days, and on his mother's birthday, he received his discharge from the Army. He truly was one of The Greatest Generation.

After the Army, he worked for his dad and while visiting one of the neighbors, he met Agnes Kegel. On Oct. 3, 1948, they were married. They raised five children: Gary, Mike, Connie, Lyle and Diane on the home place 21 miles north of Saco.

He was president of the Phillips County Stockgrowers, a member of the Saco Lutheran Church, Moose and Elks organizations and served on numerous boards throughout the years. He enjoyed hunting, woodworking, word puzzles, and everything associated with farming and ranching.

Together, David and Agnes enjoyed dancing, jam sessions, and playing cards, going on trips and their children and grandchildren.

He was preceded in death by his parents, brother, Lawrence, sisters, Nellie and Bernice, and his son, Gary. He is survived by his wife of 69 years, Agnes; sons Mike (Diane) Erickson and Lyle (Joyce) Erickson of Saco; daughters Connie (Alan) Wasson of Loring, Mont., and Diane (Will) Eklund of Saco; 19 grandchildren, 55 great-grandchildren, and two great-great-grandchildren.