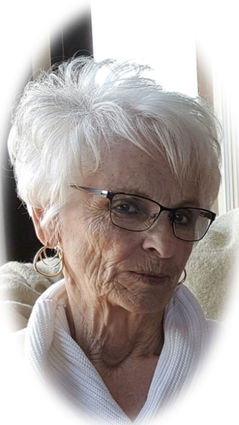 She was born to Thomas and Alpha Lacock on March 9, 1936, in Hinsdale, Mont., and lived there until the family moved to Sandpoint, Idaho, in 1949. LaVerne graduated from Sandpoint High School in 1954. On Jan. 7, 1955, LaVerne married James Davis and from that union, five children were born: three daughters and two sons.

After Jim was discharged from the Air Force, the family moved to Indiana, Tennessee and Georgia before settling in Crown Point, Ind. During this time, LaVerne worked in both a shirt factory and a furniture manufacturing plant. She attended Indiana University for two-and-a-half years and Liberty College in Lynchburg, Va., for two summers. While receiving her education, she worked at a local community hospital. In 1972, she began teaching school at the Family Christian Academy. She was a teacher there until 1988 when she was appointed as the School Administrator. LaVerne oversaw the operations of the Academy and daycare facility until November of 1993, when she moved to Glasgow to be near her family. She worked at Frances Mahon Deaconess Hospital until retiring in June of 2002.

LaVerne had a tender heart for her students and loved them all, regardless of troubled actions or rebellious behavior. She believed that no one really knew what was going on in the sphere of a child's life. Her influence and impact on the people she touched is far reaching. She probably never realized how beloved she was to many of her students.

She loved to fish and spent any spare time fishing off the rocks at Fort Peck Dam. She was also a very capable hunter. LaVerne carved a number of birds out of wood that rivaled those of any professional carver! She also had a green thumb and enjoyed gardening. This came in handy during her stay in California for cancer treatment. The residence she stayed in had a rose garden that was in poor shape, but with LaVerne's loving care, it was producing lovely blooms in short order! LaVerne was an avid "Ice Dawg" fan, cheering her grandkids on. She took her cowbell to each game and let them know she was there by cheering louder than anyone else at the rink! She travelled to as many of the out-of-town games as she was able.

LaVerne was an avid quilter and made many special quilts for family members and friends. She also crocheted intricate lace doilies that she shared with those she loved. Crocheting helped her get through the endless days and nights of cancer treatment. During her treatment at City of Hope in California, she felt led by the Lord to paint scriptures or uplifting words on rocks. She then waited on word from the Lord as to which patient's door to leave them. She was always thinking of others, even in the midst of her own painful fight against cancer. She left a legacy at City of Hope, just as she did at every stop on her journey through life!

She was preceded in death by her parents; and one sister, Eva Tucker.

Visitation was held on July 18, 2018 at Bell Mortuary. Funeral services were July 19, 2018 at the Hinsdale American Legion with burial at Hillview Cemetery.

Bell Mortuary of Glasgow is in charge of arrangements.