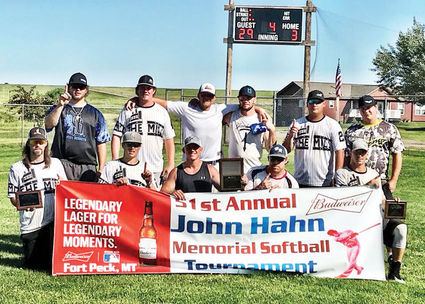 Brenner Flaten / For the Courier

The 51st Annual John Hahn Memorial Softball Tournament, held at John Hahn Field in Fort Peck, wrapped up July 8, with The Mill emerging as champions. The team from the Sidney and Billings areas defeated Fort Peck Marina 29-3 in the chipper, which...