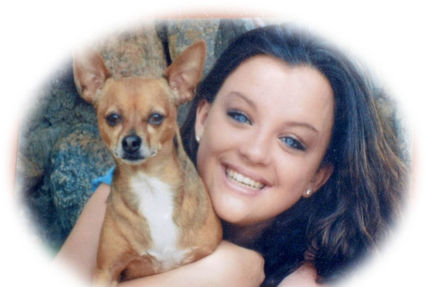 Kimberly Jessica (Bates) Wilson, age 30, went home to be with her Heavenly Father on Thursday, July 5, 2018.

She was born to Russ and Patty Elletson Bates on Sept. 10, 1987, in Las Vegas, Nev., along with her twin sister, Krysta Jeannine Bates. They were embraced by their sister, Meagan Christine. Krysta went home to her Heavenly Father on Sept. 14, 1987. Kimmy and her family lived in several states, settling in Poulsbo, Wash., in 1993. Kimmy, along with her mom and sister, moved to Glasgow in 1999.

She loved to SING! She had a voice that won her many singing competitions and accolades over the years. But, after her Grandpa Glenn passed away in 2001, she was challenged to find that voice in her heart. The song went silent for years.

Kimmy attended schools in Washington and Montana. She graduated from Glasgow High School in 2006. On July 31, 2008, Grandpa Glenn's birthday, we feared we would lose her after a horrific car accident from which she was ejected. She was blessed to have angels watch over her (perhaps her Grandpa Glenn? Her sister Krysta?) who chose Dean Hawkins, who happened to come upon the accident and call for help. Kimmy and Dean had a very loving bond from that day forward. She miraculously recuperated and decided "life is too short" as she packed up and headed back to Washington to be with the love of her life, Dan Wilson. They were married May 29, 2010, in Glasgow.

She was embattled with epileptic seizures until 2012 when she underwent a surgical procedure, receiving a stimulator to aid in her fight. And fight she did! Life was rarely easy for Kim, so she battled on for those she held so dear. She loved her husband and her children to the ends of this earth and showed that every day. She had a knack of caring for people and wanting to help them. When you met Kim, you were no longer a stranger, you were her friend. She was fun, loving, giggly, and loved to sing and dance. She loved dance-offs with Hunter and her "little cousins." They just loved her so and wanted to spend all their time with her.

She was preceded in death by her sister, Krysta; grandparents Jess and Tiny Bates; and her grandpa Glenn Elletson.

Memorial services were held Wednesday, July 11, at 1 p.m., at the Evangelical Church, with internment at the Highland Cemetery in Glasgow. A public reception at the Glasgow Elks Lodge followed.

This kind, loving, bubbly, sweet soul will be missed by all. Your voice is back, Kimmy! Heaven sings with a new angel in its choir.