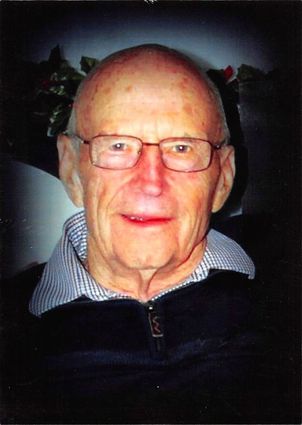 He was born in Opheim on May 26, 1933, to Elmer and Alvina (Stein) Walstad, the third of four children and the only son. He graduated from Opheim High School in 1951, where he was active in football, basketball and student council. He attended college at MSU-Bozeman for a brief time before coming home to help on the family farm due to an illness in the family.

Lyle married his high school sweetheart, Nina Flickinger, on June 20, 1953, at Holy Family Parish in Glentana. From this union, seven children were born. He was a farmer his entire life, and in the off seasons he worked construction as a heavy equipment operator. He built many dams in the area and also cleared snow at the Opheim radar base. He was involved in many community activities and served on various boards including Opheim School Board, Farmers Union Grain, First Security Bank, and Frances Mahon Deaconess Hospital.

He lived an active life. He played catcher on the local baseball team for many years and traveled to tournaments in Canada. At age 68, he became an avid runner, and participated in many Governor's Cup races and Fort Peck Dam runs. In 2006, at age 73, he climbed Mt. Kilimanjaro with his son, Michael. Lyle and Nina did much traveling in the winter time, and together they saw the entire world. His passport included stamps from all seven continents: favorites were Mexico, much of Europe, Africa, South America, and Asia, many different islands, and repeated visits to Australia and New Zealand. His fondness for Guinness can be traced back to this spirit of adventure, having been introduced to "mother's milk" on the opposite side of the globe from where it is brewed. Eventually, he would travel to Dublin and enjoy it at its birthplace. He and Nina made friends wherever they went, and hosted many of them on their farm, giving people from all over a chance to see the life of an American farmer.

A Rosary was recited at St. Raphael's Catholic Church in Glasgow on Friday, June 15, from 7 to 8 p.m. Service was held at the Holy Family Parish in Glentana on Saturday, June 16, at 2 p.m. Burial was in the Lawndale Cemetery in Opheim.

Memorial donations may be made to the Alzheimer's Association, Montana Chapter, 3010 11th Ave N, Billings, MT 59101 or the charity of donor's choice.