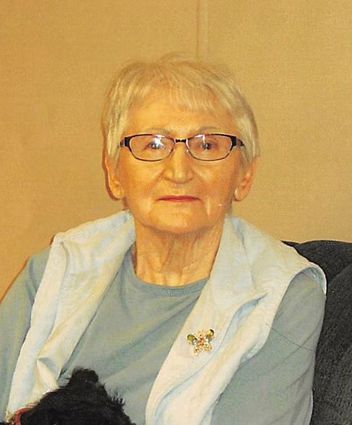 Mable Jo Engstrom, 86, passed away Monday, May 28, 2018, in Glasgow, Mont. She will be forever remembered by family and friends.

She was born April 11, 1932, in Helena, Mont. She attended school in Medicine Lake and continued her studies for a short time in nursing in Aberdeen, S.D. She moved to Glasgow, where she worked at Frances Mahon Deaconess Hospital for two years. She met and married the love of her life, John Engstrom, on Nov. 8, 1952. "We raised four of the world's best boys! The Lord knew we needed them."

She enjoyed living out on the Engstrom Ranch raising her four boys. She took pride in cooking for family, friends, and for all the help when it came to branding and harvesting. One thing was for certain - you would always find Mable in the kitchen. Everyone loved her apple pie. The love for her family grew with every grandchild. She was a strong-willed woman and you never questioned what she thought. Through the eyes of her grandchildren, she was perfect and more than a grandmother, she was a friend and confidant. Through her eyes, she was very proud of each and every one of them. She taught them all to be strong, have a sense of humor and that life goes on.

She was a lifelong member of St. Raphael's Parish in Glasgow. Her favorite Bible verse was Proverbs 3:5-6 "Trust in the Lord with all your heart and lean not on your own understanding. In all your ways submit to him and he will make your paths straight."

She was preceded in death by her parents and her husband.

The family would like to thank the many employees at Valley View Home who cared for and loved her over the years.