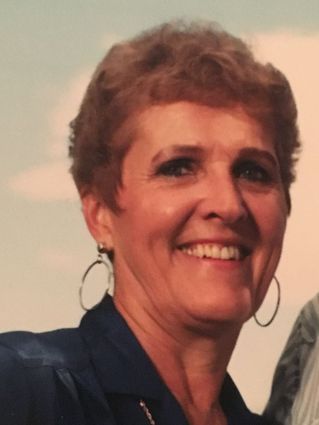 A memorial service to celebrate her life will be at 1 p.m., June 8, at Bell Mortuary in Glasgow, Mont., with Pastor Tom Fauth officiating.

She was born on Dec. 14, 1932, to William and Gladys (Miller) Harmon in Bainville, Mont. She received her education at Lakeside Elementary and graduated from Bainville High School. She worked for Smestad Lumber and the Culbertson State Bank before marrying Richard F. Rohde on June 18, 1951. She and Richard would spend the next 65 years together raising their five children and their families.

Agatha was "Aggie" to her friends and "Mumzie" to her children, grandchildren and all their spouses. She spent her life caring for family, caring for patients as a nurse's aid at the hospital and caring for all the customers at Rohde Seed House. Mumzie made work fun, was full of laughter and enjoyed dancing. She learned to play the electric guitar, knitted and sewed many clothes, played cards and even played in a pool league. When she reached her 60s, she bought a computer, took a class at the high school and soon she was navigating the Internet. Mumzie loved to learn and spent her entire life reading whatever she found interesting, from Biblical topics to nutrition to self-help books. When she found a book that made a difference to her, she excitedly bought five copies and all her children received another volume for their library. Even during her last months in the nursing home, she still would pick up any magazine or paper and start reading out loud. She brought joy to all who came into her life.

Agatha was preceded in death by her husband, Richard "Dick" Rohde in 2017 on their shared birthday.

She is survived by her five children, Colleen (Larry) Pankratz of Opheim, Glenn (Lori) Rohde of Glasgow, Alan (Nancy) Rohde of Absarokee, Nola (Jeff) Howell of Billings and Echo Konecki of Billings; 25 grandchildren; and 33 great-grandchildren.