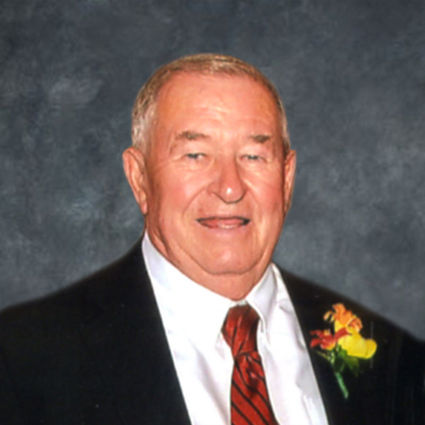 James John Wellenstein was born to Nick and Merva Wellenstein on July 12, 1930, in Camp Crook, S.D. He was raised and educated in Plevna, Mont., and graduated from Plevna High School. After high school, he attended Miles City Community College. He served in the Korean War and was honorably discharged in 1952.

He moved to Wolf Point, Mont., where he met his wife, Harriet Samuelson. The couple was united in marriage on July 7, 1956. He and Harriet settled in Glasgow to raise their three children, Doug, Joan and Janet.

In 1971, he was transferred with MDU to the Dickinson office. The couple has made Dickinson their home ever since. He spent 40 plus years with MDU, where he was a very successful salesman and often received top honors.

He and Harriett had a loving relationship where they enjoyed dancing and many other social events. The family has many special memories of Jim and Harriett dancing the jitterbug in the living room.

He was a loving father and grandfather who dedicated a lot of his time to his family. Many favorite memories for the family were spending time at their lake home, water skiing and tubing. He enjoyed spending time on the golf course where he spent a lot of time with his son, Doug. After retirement, a portion of his winters was spent in Arizona and a lot of the other time he was busy attending his grandchildren's basketball games, golf tournaments or any activity they were involved in. He loved to be included in the busy lives of his family by attending trips to Minneapolis to watch the Twins, trips to Chico Hot Springs and playing outside with the great-grandkids. He most recently enjoyed his time at the West River Community Center, where he was seen daily. He appreciated the staff and friends he made there.

He is preceded in death by his parents, Nick and Merva; wife, Harriet Wellenstein; and two brothers, Gene Wellenstein and Bobby Wellenstein.

A Liturgy of the Word Service was at 10:30 a.m., Tuesday, May 8, 2018, at Stevenson Funeral Home with Deacon Kris Ringwall celebrating. Military Rites were presented by the Dickinson American Legion Post #3 Honor Guard. Burial took place in the North Dakota Veterans Cemetery, Mandan, N.D.

Remembrances and condolences may be shared with the family at http://www.stevensonfuneralhome.com.

Stevenson Funeral Home & Crematory, Dickinson, is in charge of arrangements.