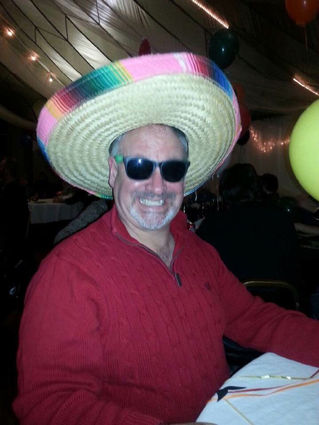 Family will receive friends on Wednesday, Aug. 16, from 6-8 p.m., at the Bell Mortuary in Glasgow. His funeral service will be Thursday, Aug. 17, at 12 p.m., at St. Raphael's Catholic Church in Glasgow. Inurnment will take place at 1 p.m., Saturday, Aug. 19, at Dawson Memorial Cemetery in Glendive.

He was born Oct. 4, 1957, in Glendive to John and Joyce (Patterson) Colbrese. He graduated from Dawson County High School in 1976. He started to work at Reynold's Market in 1976 in Glendive as a stocker, working his way up to manager of the Glasgow location.

He was an avid football fan and loved his Dallas Cowboys. He enjoyed doing things for his community and supporting community events; he was a Glasgow Chamber member, served on the FMDH Board and was active in working with the Montana Governor's Cup Walleye Tournament. He had a special place in his heart for animals, especially his dog, Bentley. He valued his friendships and held them close to his heart. He adored and loved his daughters and grandkids. They always said "Just ask grandpa, he never says no."

He is preceded in death by his parents, John and Joyce Colbrese.

The family asks that memorials be left in Terry's name to the City of Glasgow- Memo: swimming pool or a community club in his honor.