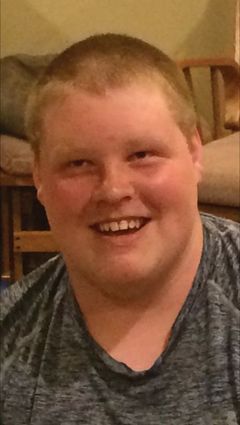 Thomas James Miller went to be with our Lord and Savior on Friday, July 28, 2017. He passed away in a tragic car accident, due to no fault of his own.

He was born to Wesley and Sheila (Toavs) Miller in Glasgow, Mont., on June 12, 2001. He attended school in Nashua where he would have been a junior this year. He was a polite, fun-loving kid. He was a hero to his little sister, Kaitlyn, right-hand man to his father, and the light of his mom's life.

He loved to make those around him laugh and smile by pulling a prank or two on them. He was an avid fisherman. He had worked for over three years perfecting the fine art of crank bait fishing with his father. This dedication paid off. He and his father entered Thomas' first-ever fishing tournament this summer in Hell Creek. They won second place out of 89 teams AND first-place adult/child team AND they caught the largest Northern of day one of the tournament. It was an awesome day for this great young man.

He may have only been 16 years of age, but he had knowledge and skills that far exceeded his age. He was skilled in computer science and had hopes of pursuing higher education in this field. He was also a trumpet player, practically a master mechanic, and an accomplished grill master and BBQ chef.

He enjoyed doing farm work for his grandpa and was happy running the swather, balers, tractors and trucks. He had a knack for repairing equipment and was enjoying restoring several vintage cars with his father. Sadly, we were forced to say good-bye to him.

Survivors include his devoted and loving parents, Wes and Sheila; his loving sister, Kaitlyn, who he adored; grandparents Virgil and Marlene Toavs of Fort Peck; grandmother Mary Lou Miller of Wolf Point; aunt, uncles and cousins: Stacy and Jared Albus and their children, Aiden, Walker and Cooper, of Hinsdale, Terry and Tammy Toavs and their children, Trevor and Hannah of Fort Peck, and Marla and Rob Zeluff and their children, Amari and Eli of Glasgow; Cassidy Greene and Gunner Greene, who were truly like brothers to him; and many, many other special friends that he has touched along his journey. He will be remembered in our hearts forever.