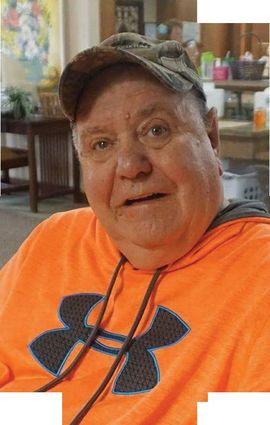 A memorial service will be held at 10 a.m., at Kathy Lillis Chapel (2429 Mission Way) in Billings with Mother Melinda St. Clair officiating on Friday, July 21. The family requests that everyone wears camouflage to his service.

He was born on April 27, 1935, in Kenmare, N.D. He was the oldest of six children in Sherwood, N.D. He graduated from the University of North Dakota with a master's in education. He worked variously in education, insurance sales, and co-founded an online retail business. He was a great family man and loving father. He married his first wife, Idella Reisch, in Mott, N.D., on June 12, 1965, and the couple had one son, Brad. He married his second wife, Jean Buer, on Nov. 27, 1997, in Glasgow.

He was a social, active man who enjoyed fishing and hunting his entire life. His family and friends will always remember him as an outdoorsman with a quick wit and a gentle, teasing manner.

He is preceded in death by his first wife, Idella Mae Mott; his parents, Ernest Sr. and Elsie Mott, and his sister, Etta Mae Mott.

He is survived by his wife, Jean Buer-Mott of Billings; his son, Brad Mott of Seattle; his brother, Ernest Mott; and his three sisters, Barbara Gohrick, Marion Ford and Donna Bronson.

The family would like to say a special thank you to the Leggett Cottage at St. John's Lutheran Ministries in Billings.

Memorials in Gary's name can be sent to the Glasgow Educational Foundation.