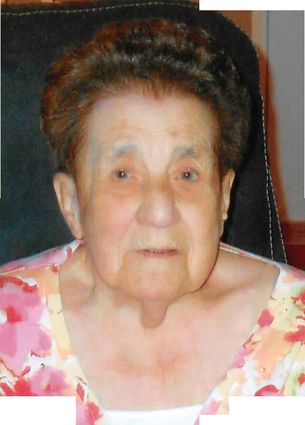 Roymane V. (Priebe) Christiana, 95, passed peacefully Monday, May 1, 2017, at the Frances Mahon Deaconess Hospital with her family by her side.

She was born Nov. 11, 1921, to Edward and Edith (Matz) Priebe. She was raised on a farm near Wolverton, Minn. She was one of three children.

She came to Montana to begin her teaching career. While in Glasgow, she met Francis "Chris" Christiana and the couple married April 8, 1950. To this union two daughters were born. They celebrated 24 years of marriage before Francis passed away in 1974.

She taught school for 38 years, teaching numerous generations of Valley County students in their elementary years. She graduated in 1970 from Valley City, N.D., with a bachelor of science in education.

After she retired from teaching, she spent the next 20 years of her life alongside her daughter, Anita, at the Dairy Queen. Whether frying food, washing dishes or washing the kitchen floor, Roymane was always present and willing to help.

Some of her treasured memories included trips and cruises with her daughter, Anita. Her grandsons, Ryan and Eric, held a special place in her heart. Her only great-grandson, Jason, was a joy to her as well.

Preceding her in death were her parents, her husband, and her older brother, Warren.

Funeral services were held at 3 p.m., Friday, May 5, at Faith Lutheran Church in Glasgow, with Pastor John Vallie officiating, followed by burial at the Highland Cemetery in Glasgow.