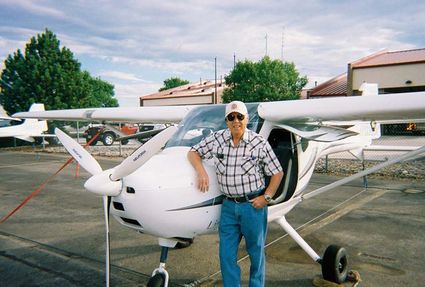 On April 23, 2017, John Stanislaw Sr. earned his eternal pilot's wings and is happily flying with the angels after a short illness. John Sr. joined in Heaven: his parents, Jack and Margaret Stanislaw; two brothers, Peter and Paul; his beloved, Jackie, and their fur-baby, Dijon, the "Wolf-Dog."

He and Jackie hosted many exchange students over the years from various parts of the world, who he called his daughters. Eve, Khum, Annette, Gunnhild, Melitta and Kristina will always have a special place in his (and Jackie's) hearts. He is also survived by his current wife, Kathie Slabodnik, and her family.

John Sr. grew up on Long Island, N.Y., and, even though he left Long Island, Long Island never left him. He was the ultimate New Yorker, phenomenal businessman, and outspoken and honest man and generous to a fault. He was proud to have served his country as a helicopter pilot during the Vietnam War. In the tradition of serving, while an owner of a very successful McDonald's, John Sr. was a volunteer fireman with St. James Fire Department.

He loved to hunt and found his retirement career as a bed and breakfast owner outside of Glasgow. He owned several businesses throughout his life. He was always open to a new business adventure and the next business deal, but his longest-running ownership, that of The Herald News in Wolf Point, was his favorite. He and Jackie purchased the paper in 1999 while John was publisher of The Glasgow Courier in Glasgow. He later partnered with current Herald-News publisher Darla Downs.

He and Jackie enjoyed spending time with Darla and her family, whom they treated as their own.

While living in and around Lolo and Florence, he adopted many neighbors who became family and treated them as such. There are too many to name, but, for every friend reading this, know that he cherished you as an adopted family member. He especially cherished those that he hunted with and helped around the mini-farm.

He attacked life, he loved fully and deeply and was generous to those who needed him.

In lieu of flowers, his family asks that you make a donation in Jackie Stanislaw's name to the American Cancer Society or to your local animal shelter in memory of Dijon Stanislaw.