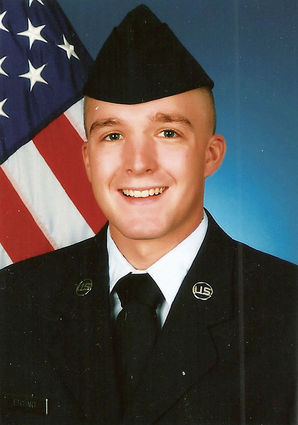 Following in the footsteps of his grandfather (Mitch Etchart), Ethan Etchart has enlisted in the US Air Force. He recently completed job training, and is eager to begin serving his country as an Electrical and Environmental Specialist.

Mitch Etchart also served the country during World War II in the Army Air Corps as a Fighter Pilot. While Etchart's unit was in preparation to deploy to the Pacific Theater, Japan issued an unconditional surrender after being hit with the "A" bomb.

The younger Etchart made the decision to join the Air Force so that he could see the world and serve his country. He was also motivated to enlist because of benefits they offered, including offsetting college costs and the work experience he would gain.

Etchart will be leaving on Easter Sunday to report for duty at Fairchild AFB in Spokane, Wash., where he will be putting the skills he has learned to use as he serves out his four-year enlistment.