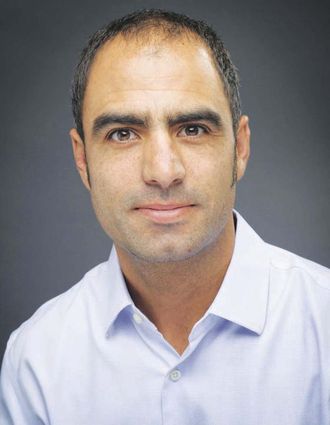 President Obama honored GHS graduate Blake Wiedenheft on Jan. 9, along with other scientists and researchers. The Presidential Early Career Award for Scientists and Engineers (PECASE) is the highest honor bestowed by the United States Government on science and engineering professionals in the early stages of their independent research careers. The award highlights the key role that the administration places in encouraging and accelerating American innovation to grow the economy.

Wiedenheft grew up in Fort Peck and graduated from Glasgow High School in 1993. He achieved his Bachelor of Science degree in microbiology from Montana State University in 1998 and upon graduating, worked as a fisheries biologist in Alaska. He then returned to graduate school at MSU, earning his doctorate from the Department of Microbiology and Immunology in 2006. Upon graduation, he moved to Berkeley, Calif. where he served as a Howard Hughes fellow of the Life Sciences Research Foundation in Jennifer Doudna's lab at the University of California-Berkeley. In 2012, Wiedenheft returned to MSU, joining the faculty in MSU's department of Microbiology and Immunology. He currently runs a National Institutes of Health (NIH)-funded research program focused on understanding the mechanisms bacteria employ to defend themselves from infection and the counter defense strategies that viruses use to subvert these defense systems.

The Presidential Early Career Award was established by President Clinton in 1996 and is coordinated by the Office of Science and Technology Policy within the Executive Office of the President. All awardees were selected for their pursuit of innovate research at the frontiers of science, technology and their commitment to community service as demonstrated through scientific leadership, public education or community outreach.