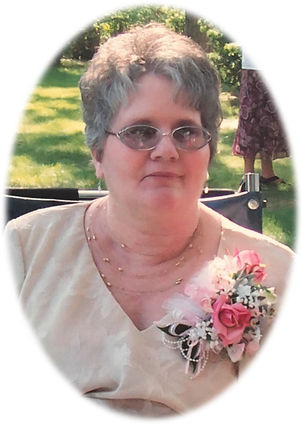 She was born Feb. 25, 1950, to Curtis and LaVerne Beede in Glasgow, Mont. She was the oldest of twins. She grew up in Glasgow with her three brothers and three sisters and attended St. Raphael's Parochial School and Glasgow High School. While in high school, she worked at the Fashionette. She also worked at Beede's Mens Wear for a number of years and Ronda's. She enjoyed the retail business and helping people. She also went on an international adventure with her mother and friends visiting various places in Europe.

In 1973, she married Don Johnson and had two daughters, Leslie and Lisa. Her daughters were her main focus and a great source of joy. During this time, she started her long and brave fight with multiple sclerosis. She traveled to doctors and tried new medicine to keep the symptoms at bay, so she could enjoy more time with her family. While her girls were young, they spent a few years in Washington State, where she enjoyed the Tulip farms. They returned to Glasgow, where she did daycare for family members. She enjoyed spending time with her nieces and nephews. Slowly, the multiple sclerosis took its toll, and in 1998 she moved to Valley View Home, where she resided until May of 2016, when she moved to Billings Health and Rehabilitation to be closer to her daughters and their families. She very much enjoyed visits with her granddaughters.

Throughout her entire lifetime, she enjoyed music. She had many happy memories of listening to the golden oldies with her sister, Jean. She also loved Christmas time and instilled in her daughters the love of holiday traditions, with a deep focus on family. Her love of the holiday never focused on the gifts, only on the true reason for Christmas.

She is preceded in death by her parents, Curtis and LaVerne Beede; and a sister-in-law, Connie Beede.

Bell Mortuary was in charge of arrangements.