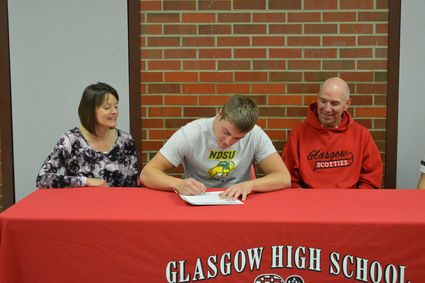 GHS senior Benji Phillips has signed a letter of intent to compete as a javelin thrower for the North Dakota State University (NDSU) Bison.

Phillips won the Montana Class B state championship in the javelin as a junior in 2016, and he took second as a sophomore and fourth as a freshman in the event. He ranked 42nd in the country with his personal-best throw of 196-3 in the javelin last season.