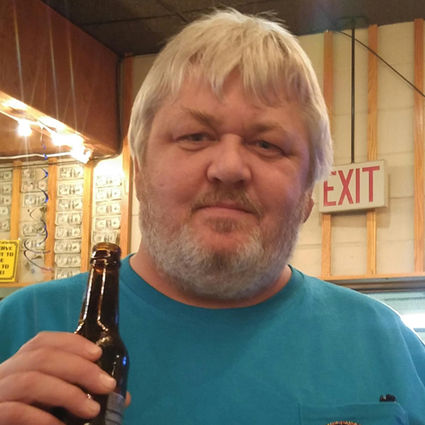 He was born to Wesley Brockmier and Dorothy Friedrich on March 15, 1966, in Plentywood, Mont. He attended school there and graduated from Plentywood High School in 1984. He married Marisa Palazzo on July 18, 1997, and together, they made their home in Glasgow. He was the proud papa of Baby and Ally.

He was an enthusiastic member of the community and the Elk's Lodge, where he would often fill his afternoons with cards and friends. You could also find him at the Stockmans or Alley's shooting pool and making people pay. He was always looking for a cause, having everyone's best interests at heart. He touched lives wherever he went. He was a rock - supporting and solid. Thinking of Wade, the words that come to mind are encouraging, generous, sly, trickster, Raider Nation fan, friend, confidant, selfless, calm, wise, supportive, kind, compassionate, loved, genuine, consistent, dependable, vulnerable, strong, practical, judicious, powerful, passionate cook, butterscotch jellybean aficionado, baseball card fanatic, Christmas in July participant, pet pig advocate, King of the "Roost" and 4 Horsemen crusader.

Wade, you will live on forever in our hearts.

He was preceded in death by his grandparents, Roy and Alma Brockmier and Harold and Sophie Friedrich; Aunt Linda Halland; and Uncle Lyle Brockmier.

A remembrance and celebration of Wade's life was held on Monday, April 4. Family received friends for an open visitation at 1 p.m., and services began at 2 p.m., officiated by Bud Heringer, all at Bell Mortuary. A reception followed the service at the Elk's Lodge in Glasgow.

All of Wade's friends and family were his honorary urn bearers.

In lieu of flowers, please donate to the charity of your choice in Wade's name.