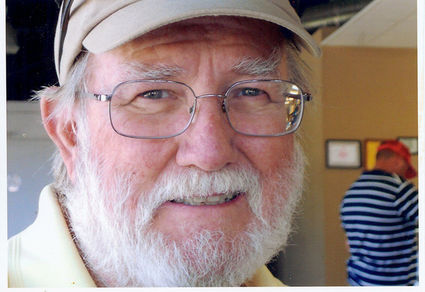 Eugene H. Colver, a 1957 graduate of Glasgow High School in Montana and a 1973 graduate of Chaminade University of Honolulu, Hawaii, died from pancreatic/biliary cancer in San Antonio, Texas, March 7, 2016.

He requested no service or flowers.

He was a revered U.S. Army Command Sergeant Major, having served in assignments from combat medic, infantry heavy weapons, squad leader, medical specialist/laboratory specialist in research and clinical settings, as a First Sergeant, Operations Sergeant and Sergeant Major. He lived throughout the world from the Far East to Europe, the Middle East, and Caribbean, and even spent a few years serving in the Republic of Texas.

His awards include the Legion of Merit, two Bronze Stars, the Meritorious Service Medal, six Air Medals, five Army Commendation Medals, the Viet Nam Cross of Gallantry with palm and the Aircraft Crewman Badge. He was proud of his duty with the 52d Combat Aviation Battalion, flying helicopters in the Republic of Vietnam – particularly the role he played in helping Vietnamese children obtain corrective surgery for cleft palate. He was also most proud that he could serve as a model soldier – remember even Marines need heroes.