Scottie Boys Bow Out of Northern B 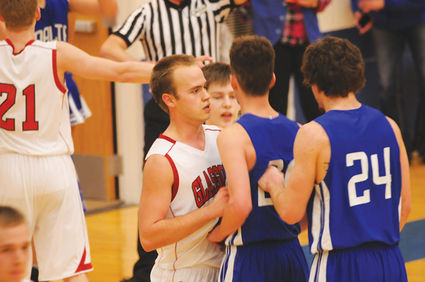 Scottie senior Zach Miller is ready to break up an inbound play during the Scotties' final game at the divisional tournament in Malta.

The Scottie boys ended their basketball season after two consecutive losses at the Northern B Divisional Tournament this past weekend.

They were defeated by the Choteau Bulldogs, 77-30, in Thursday's opening round. On Fri...