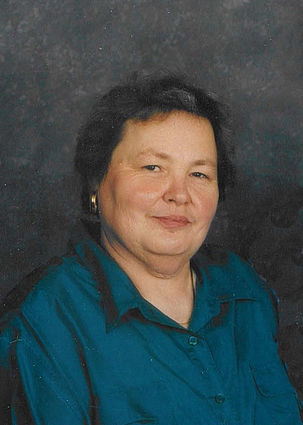 Services will be held at Bell Mortuary Saturday, March 15, at 11 a.m. with interment in the Highland Cemetery of Glasgow. A luncheon will follow at the VFW of Glasgow.

Her life's journey began Sept. 30, 1937, in Glasgow, Mont. She was the first of four daughters born to Melvin and Velma Siggelkow (pronounced Sig-el-koh) of Richland, Mont., where the couple owned the town's store.

Around her second birthday, the Siggelkows were bought out in Richland and moved to Portland, Ore., where Melvin and Velma owned and ran stores in the area and Melvin worked in the shipyards. In 1947, the Siggelkows returned to Montana, moved to Scobey and took over the dray and coal business.

After graduating, Rosalie, the Scobey Spartan valedictorian in 1955, began her path to becoming an educator. Beginning the fall of 1955, she attended Concordia College in Moorhead, Minn., year-round for two years, earning her teaching certificate. Taking a year off and saving her salary for one final year of education, she taught grades 5-8 in a two-room school in Madoc, Mont. She returned to Concordia the fall of 1958 and graduated in May of '59 with her bachelor's degree in elementary education and political science/history. The summer of '59, with a teaching position in Two Harbors, Minn., waiting to begin that fall, her life had a drastic change.

One summer evening while at the fair, she was approached by a southern gentleman, Johnnie Holding, and asked to ride the rides with him. Shyly turning him down, and not mentioning her fear of heights, she continued walking down the midway. The man believed Rosalie was stuck up and continued on his way. He later learned she was shy, and they began dating. After a month, their romance went long-distance as Rosalie headed to Minnesota to teach and Johnie went south to Eads, Colo., to build grain elevators. They eventually married on July 9, 1960, in Clayton, N.M.

Soon after marrying, she took time off from teaching when the Holdings moved to Amarillo, Texas, where they lived for two years. During 1962, two of Rosalie's sisters were married, and after traveling to the second wedding in December, 1962, Johnie and Rosalie stayed in the Glasgow area. She took a position teaching for the Glasgow Air Base in early 1963. When the base closed, she transferred to Irle School in Glasgow for a year and then to South Side School where she taught fourth grade until her daughter, Lisa's, birth in August 1972. As there was no maternity leave at the time, she had to give up her teaching position when Lisa was born. In October 1972, a second grade position opened up, and she taught second grade at South Side School from that October until May 1984 when the school district re-organized the elementary schools.

She moved back to Irle School in August 1984 and taught another 10 years of second grade there until her early retirement in May 1994. Her love of teaching didn't end even though her career did; she retired to help care for Velma who was suffering from Alzheimer's and was still with Melvin at home in Scobey.

The years between marriage and Lisa's birth, the couple led an adventurous life, traveling around the state on a whim. They went to Nelson Reservoir with friends often, drove 200 miles for a piece of pie and a cup of coffee.

The traveling spirit didn't diminish after Lisa's birth, and during the remaining 22 years of Rosalie's teaching career, the family first traveled summers for Johnie's job with Earl's Body Shop. The spirit transformed into that of proud parent supporters of the Glasgow Kiwanis Swim Team and Glasgow Scotties for whom their daughter swam, played and managed different sports. It evolved again into proud college parents when Lisa went to college in North Dakota, and they traveled often to visit.

During the time when Rosalie was with her parents, helping care for her mother, the Holdings didn't travel much. Once Velma was placed in the nursing home in Scobey, Rosalie returned to Glasgow to substitute teach, but her health began to decline. Diabetes was her first impairment, followed by foot and ankle problems, and topped off later by kidney disease. She didn't let her health keep her and Johnie from traveling.

In January 2008, the traveling bug would diminish as Johnie's health quickly suffered from lung cancer. In a matter of three months from diagnosis, Johnie passed, and many believed Rosalie, who was in an electric wheel chair, could not live on her own without her husband. Her continuing strength-of-will along with some assistance from friends proved the doubters wrong until January 2012 when her kidneys shut down and she had to move to Billings for dialysis treatments. She resided in Valley Health Care Center until her passing.

She was preceded in death by her husband, and one niece.

Survivors include three sisters, Corinne Miles and her husband, Dexter, and Melba Folckomer, all of Heppner, Ore., and Karen Bernier and her husband, Edward, of Gainesville, Ga; one daughter, Lisa Holding, of Devils Lake, N.D .; many cousins in the United States and Canada; and 12 nieces and nephews across the US.

To honor her dedication and passion for education, all monetary donations will be given to Glasgow High School Educational Trust (904 Wedum Dr., Glasgow) and Glasgow Education Association Scholarship Fund (Attn: LeAnne Billingsley, 11 Lazar Dr., Glasgow) for school classroom equipment needs and for scholarships for those entering the career of education.

Bell Mortuary of Glasgow is in charge of arrangements.