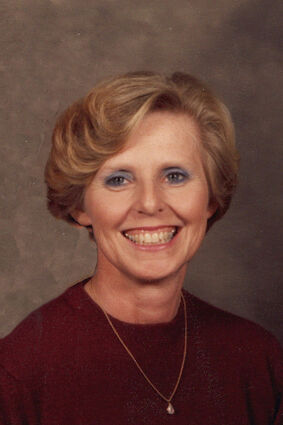 A funeral service was held at Meyer Brothers Colonial Chapel in Sioux City, Iowa. Burial was at Rademaker Cemetery in Rural Hinton, Iowa.

Sue was born in Sioux City on Sept. 18, 1941, to Irvin and Bernice (Ferguson) Junck. Sue graduated from Hinton High School in 1959. She continued education at Lutheran Hospital school of Nursing and achieved her nursing degree in September of 1962. She met the love of her life Don in 1960 at Lutheran Hospital.

Sue loved to volunteer at North Dallas Shared Ministry's starting in the 1980s, going there several days a week to serve. She was a devoted mother and wife, and she was dedicated to her children and her marriage. Sue was very involved with her and Don's businesses, in addition she volunteered in most every position in the children's schools and extracurricular activities. Sue's hobbies were gardening, knitting, sewing, and she loved a good puzzle.

She is preceded in death by her parents, Irvin and Bernice Junck; and her brother, Darryll Junck.

In lieu of flowers, donations can be made to North Dallas Shared ministries or Covenant House.

Online condolences may be made to http://www.meyerbroschapels.com.