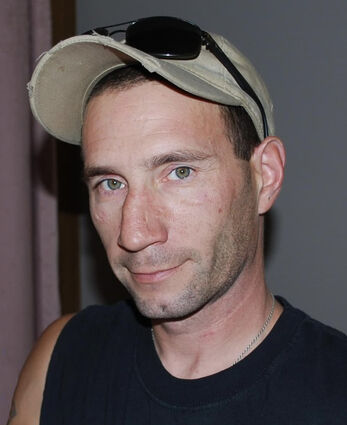 John was born to William and Diana (Fauth) Fuhrmann on Feb. 22, 1974, in Glasgow, joining older brother Justin at the family home in Opheim, Mont.

He attended school in Opheim where he graduated. He participated in little league baseball, basketball and track. He was also involved in 4-H. John attended college and graduated from University of North Dakota in Williston, where he majored in automotive technology.

John had many careers over his lifetime, such as working on the family farm, for a flooring company, as a service manager at Stockman Ford, Arch's Tire in Glasgow and helping area neighbors, Earl and Rita Fuhrman and Ken and Cindy Solberg. Moving into the oilfield industry, he began his career as a roughneck and eventually began running wireline trucks for different companies. John's most recent job was for Coil Tubing as a sales representative.

John was married to Jenn Kirby, and later separated. John later met JoDee Horob and they were married on Dec. 22, 2006. John and JoDee shared a daughter, Gracie, who was born Jan. 3, 2006, joining stepsisters Jessica (1987) and Jaymie (1996). The family resided in Williston, N.D.

When John was younger, he enjoyed collecting and working on different types of automotives, such as his 1972 Chevelle, his motorcycle, snowmobile and three-wheeler. John's more recent hobbies included an old truck with a friend to give to his daughter, collecting John Wayne memorabilia, collecting guns, fishing, boating and camping with the family.

John loved spending time with his family, doing lots of activities such as cooking, BBQing, playing video games, watching movies and traveling. He enjoyed going to Glacier and Yellowstone Parks, South Dakota, Disney World and many other places as a family. Most of all he loved making his family laugh, especially his granddaughters.

Preceding John in death are his parents; grandparents; an uncle on his mom's side; and several uncles on his dad's side.