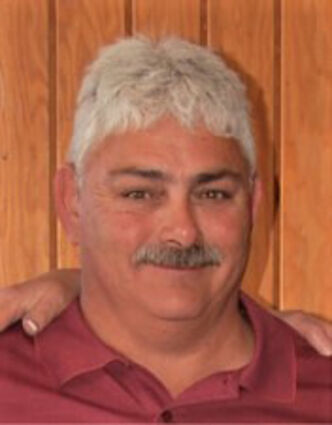 James "Jim" Richard Bedwell, 66, passed away unexpectedly on Sunday, Dec. 25, 2022, at home surrounded by his family.

Cremation has taken place, and memorial services will be held at 11 a.m. on Friday, Jan. 13, in the 4-H Chuckwagon at the Great Northern Fairgrounds.

Jim was born to Jay Orville Bedwell and Ruby Mae Beauchman on Feb. 17, 1956, in Glasgow, Mont., the second born of five kids. He attended schools in Glasgow. It was there Jim met his best friend and the love of his life, Kathryn "Kathy" Loendorf, and they were married on April 9, 1975, in Glasgow. Jim and Kathy made their home in Glasgow where they welcomed their son Ryan in 1975.

From there they moved their family to Great Falls, Mont., where Jim attended Automotive College. Upon completion, Jim was hired by Burlington Northern Railroad in Livingston, Mont., as a mechanic. It was there that their second son Nicholas was born in 1979. They lived in Livingston until the BNRR sold out to the MRL, thus shutting down the roundhouse.

Jim moved his family back to Glasgow to be near family and went to work for Swanson Ranch. He worked there for several years. In 1985 he went to work in the oil field. After a work-related accident, Jim moved his family to Havre, Mont., to attend Northern Montana College to pursue a business degree. While there the Burlington Northern Railroad began hiring roundhouse employees, and Jim went back to work for the railroad. In 1993, he took a buyout from the railroad and went to work for Hill County as an equipment operator. He ended a 30-year career as the Hill County Road Supervisor.

Jim's greatest joy was becoming a father and then later Papa. Being called Papa were some of his proudest moments and completely warmed his heart. He loved spending time with family and cooking for them. Jim was known for his delicious BBQ and smoked meat. Jim also loved trying new recipes of all kinds and because Collin and Hudson loved soft pretzels, he learned to make homemade pretzels. When they were together, they made pretzels. Jim did not like to sit idle and seemed to always have a project going. He loved working on projects with his two sons. He helped Ryan remodel and build all the items needed for his business, and when visiting Nicholas and his family, he and Nic worked together on projects and home repairs.

When living in Livingston, Jim learned to fly fish, and he loved the peacefulness and the challenge of landing that fly just right on the water. He also learned to tie the flies which he shared with his friends and family.

Those that knew Jim knew he was a no- nonsense kind of guy with a very big heart, and a tremendous sense of humor which included an occasional prank or two. Jim had a soft spot for children and animals of any kind, except snakes. He was known to chase them in his road grader... into ditches, through fences and into fields to catch them.

Jim touched many lives with his passion and kindness. He had the ability to leave a lasting impression on anyone he met. We are grateful for the thoughts and prayers extended to our family.

Jim was preceded in death by his parents, Jay Bedwell and Ruby Nelson; brother Shane Kidder; and brother-in-law Jim Amundson.

Jim's family has suggested memorial donations be made in his memory to the charity of the donor's choice. Holland & Bonine Funeral Home has been entrusted with services and arrangements.

Please visit Jim's online memorial page to send a card or leave a message of condolence for his family at http://www.hollandbonine.com.