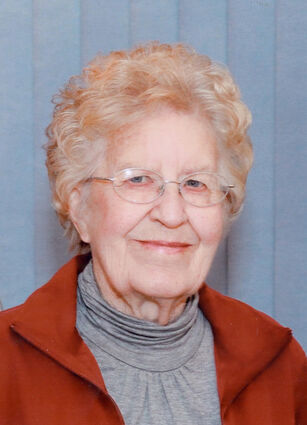 DuAnn "Tooky" Marie (Miller) Lacock passed away peacefully of natural causes in her home near Hinsdale, Mont., on Friday, Dec. 9, 2022.

Visitation is scheduled at Bell Mortuary, Glasgow, Mont., 4 to 6 p.m., Friday, Dec. 16, with services and Celebration of Life at Hinsdale American Legion on Saturday, Dec. 17, at 11 a.m. with Pastor Howard Pippin officiating, followed by interment at Hillview Cemetery, luncheon to follow.

Tooky was born in Nelson, Minn., on April 11, 1941, the second child of Erwin "Bud" and Rachel (Steele) Miller. She was a little sister to brother, Lloyd.

The family of four moved to Glasgow in 1943 due to health concerns of mother, Rachel, who was afflicted with asthma. Several years later a small farm was purchased near Tampico, on the north bank of the Milk River and including Buggy Creek frontage as well. They lived in a log house until 1948, when a frame house was built. Tooky attended grade school in Tampico, walking across the Old Milk River Bridge, and graduated from Glasgow High School in 1959.

Tooky was the ultimate tomboy as a child, preferring to be outdoors and shoeless with all of nature as her playground and mud between her toes. Much time was spent with her brother and friends pursuing adventures involving frogs, skunks, magpies, gophers, fish bait, and the like. She loved to match wits with fish as well, and became quite adept at catching them. She carried this passion with her through a good part of her adult life. She loved animals, loving and caring for countless pets, including chickens, throughout her life.

On July 5, 1959, she married Sherman Lacock in Glasgow, and following a brief honeymoon trip, she found herself again on the north bank of the Milk River, this time 10 miles northwest of Hinsdale, and immediately became immersed in the hard-working and myriad duties of a busy farm wife. She cooked for a multitude of hired hands, haying and harvest crews, branding crews, shipping crews, land levelers and the like, selflessly and without complaint. She took pride in her large yard and garden, and did all that she could in any way to help the family farm flourish.

In September 1960 son, Lyle, came along, and she took on the additional duties of a Mother at 19 years of age. Son, Clark, arrived in March 1962, and the stage was set for a full, busy, and productive adult life, which she absolutely made the best of and lived to the fullest.

For the most part it was all work, raising kids, and no play during the next 40 or so years, with exceptions of course. She found time for family camping trips, card playing, visiting neighbors, and continued to wet a line when she could, including an annual fishing and camping trip to the east shore of Fort Peck Lake with classmate and dear friend, Deanna Nelson, which was a girls-night-out sort of affair in order to blow off steam and by all means have some fun with the understanding that "what happens at the lake stays at the lake," a well-deserved break from telephones, husbands, and children. She enjoyed those adventures immensely. If she got rained into the gumbo by a thunderstorm and had to spend a couple extra days away from home, well, that wasn't really a problem.

In 1983 Tooky and Sherman unselfishly moved out of their nearly-new home in order that Lyle and new wife Linda might be on the home place. At that point the pace of life began to slow down a bit, and she found herself with more time to spend as she wished, writing letters, painting, (she was good at both), and gardening, to name a few. Before long she became an E.M.T. and member of the Hinsdale Ambulance Service and served in that capacity for roughly 10 years. She also became a Hinsdale Legion Auxiliary member.

Grandchildren began arriving in 1987, beginning with granddaughter, LeAnn. Tooky was so very, very happy to have a female child in her life after having only a brother as a sibling and having raised two sons of her own. She cried a river of joyful tears, and an eternal bond was formed between the two of them at that point. A second grandchild, Levi, was born in 1989, and was no less loved by Grandma Tooky. Both were dearly and equally loved by her.

Grandchildren provided Tooky with a new purpose in life, not the least of which was an outlet for her natural propensity for teasing and pulling pranks, all in the name of laughter and good clean fun. Like her father, Bud, before her, she simply could not help herself. Herein might lie multiple pages of shenanigans engineered by her when her imagination became active, and she put a world of time and thought into designing mannequins, witches, costumes, and devious deployment plans, and there really were no limits regarding who she might choose as co-conspirators, or victims, although she had her favorites in either case.

Tooky loved to laugh, and to hear others laugh, with her or at her. She was a devoted spouse to Sherman for 63 years. She was a fantastic Mother and Grandmother. Let that be her legacy.

Memorials are suggested to Hinsdale Ambulance Service, Hinsdale American Legion Auxillary, or charity of your choice.

Bell Mortuary is in charge of arrangements and condolences may be left at bellmortuarymontana.com.