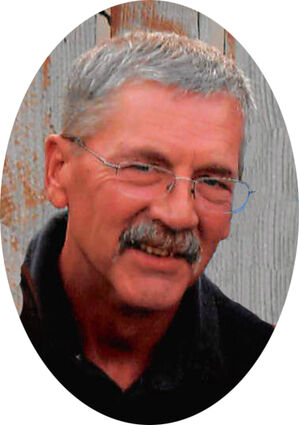 Kelvin Donald Morehouse was born May 5, 1957, to Jack and Barbara (Taddonio) Morehouse in Glasgow, Mont. He graduated from Glasgow High School in 1975. He worked for Morehouse Painting with his dad and brothers for many years. It was through working with his dad that he met the love of his life, Joyce Allick. They married Aug. 20, 1977. Kelvin and Joyce welcomed their first daughter Tiffany in 1978. Tasha joined the family in 1981 and their son Adam was born in 1985. They raised silver fox and mink at their home on Fort Peck Highway.

Upon his retirement from the police department he went back to work painting and being a stay at home dad. He spent his days hunting and fishing with his kids. He took great pride in teaching his kids and grandchildren all about hunting and fishing. Kelvin and Adam fished the Montana Governors Cup as a team in 1992. Kelvin loved that his fishing partner was the youngest fisherman to date to ever fish the tournament.

Kelvin went on numerous hunting and fishing trips around the state and Canada. Some of his favorites were deep sea fishing with his great friend, Don. He tells stories of his bear hunting trips to Canada with his dad and brothers. Many of the Bear Hunts to Canada Kelvin was able to share with Adam and Tiffany. Kelvin was able to hunt caribou with his dad and brothers. The most memorable of all the trips was the moose hunting trip to Canada with Adam.

Kelvin participated in the Governor's 20 shoot as an individual shooter and as a team with his longtime friend, Emery. They both placed individually and as a team. Kelvin was very proud of his achievements in all of his shooting competitions.

Kelvin enjoyed playing spades with Joyce, Emery and Cheryl and the occasional game with the "Old Timers." He loved to tell a good story. Kelvin didn't mince words very often; you always knew what he was thinking. If you didn't know this about him, you should sit down with one of his kids, they all inherited this trait.