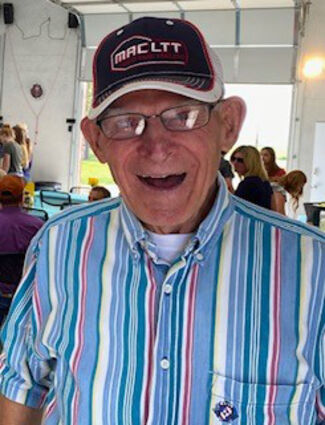 Donald Darrell DeDobbeleer, 86, passed away Thursday, Nov. 10, 2022, at his daughter's home in Huntley, Mont. after a short battle with lung cancer.

Donnie was born on June 1, 1936, in Glasgow, Mont., at the home of family friends, to James Roy and Helen (Czyzeski) DeDobbeleer. He was the third oldest of four siblings. During his childhood, Donnie moved with his family to Indiana where his dad worked for Truman Bowen. They also lived in Wisconsin and Arizona before moving back to Glasgow in 1947 when Roy started farming.

Donnie graduated from Glasgow High School in 1955. He joined the Army in 1955 and served until 1959. While in the service, he was stationed at Fort Hood and West Virginia. He always took pride in the fact that he played football while in the service and had many stories to tell.

After his discharge from the service, Donnie worked for Fossum Sand and Gravel. He also worked for Valley County during the winter. Eventually, Donnie joined his dad in the farming business, raising cattle and wheat until his retirement in 2008. On May 17, 1970, Donnie and MarlaJan Maxness were married in Buffalo, Wyo. Two children, Dana and Josh, were added to the family. Donnie and MarlaJan lived in Fort Peck, Mont., until moving to the farm in 1978 where they have resided since.

Donnie was blessed with five beautiful grandchildren, Tessa, Addison, Ellery, Stella and Jed. And that is when he became a Bumpa and according to Addy the only one that exists! They were his delight! He enjoyed watching them grow up. He loved to watch Tessa and Addy play volleyball, basketball and especially softball. He would often wear his Glasgow Scottie cap while sporting his Huntley Project shirt! (He did love the Glasgow Scotties unless they were playing Huntley Project). Ellery, Stella and Jed loved to have sleepovers at Bumpa's house and breakfast in the morning. He made the BEST cheesecake ever. Tessa and Addy enjoyed the times when they were learning to drive and Bumpa would take them to St. Marie and Nashua to practice. Tessa and Addy fondly remember sleeping on an air mattress next to Bumpa while falling asleep to the TV show Dr. Becker.

Donnie is preceded in death by his parents, Roy and Helen; his brother Bus; and sister Delores.

He is survived by his wife, MarlaJan, of Glasgow; daughter Dana and son-in-law Troy of Huntley; son Josh, of Glasgow; and grandchildren Tessa, Addy, Ellery, Stella and Jed. He is also survived by his brother Barry and sisters-in-law Kathy and Darlene (Roy) and numerous nieces and nephews.

Cremation has taken place and a celebration of life will take place on his birthday, June 1 2023, where his ashes will be scattered on the farm. Dad can be remembered as a very generous man. He had a good sense of humor and he loved food! The last couple of years he became quite the cook, trying new recipes for him and mom to enjoy. The many recipes he tried were accompanied by numerous trips to town where he enjoyed visiting with the people he encountered.