The Day That Finally Came With Chris La Tray 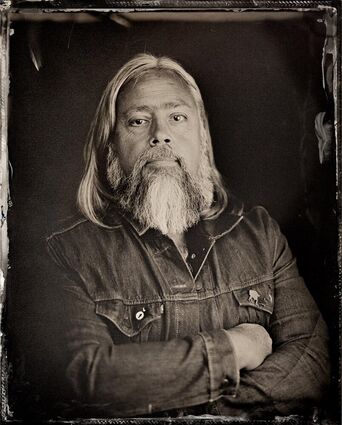 The Glasgow City-County Library (GCCL) would like to announce the next MLN Virtual Program, "The Day that Finally Came" with Chris La Tray. GCCL is a co-host along with other Montana libraries to bring presenters to all of Montana's that are free and accessible. To participate, you will need to resister beforehand at https://tinyurl.com/ChrisLaTray The virtual program will be held on Tuesday Oct. 25, from 6:30 – 8 p.m. through a Zoom webinar format.

The Montana-based Little Shell Tribe of Chippewa Indians became the 574th Indian tribe to be recognized by the United States government in December 2019, after over 150 years of trying. Headquartered in Great Falls with more than 6,000 enrolled members, the Little Shell Tribe is connected to all area Anishinaabe tribes, including the Chippewa, Cree, and Assiniboine people, and, particularly, the Métis, or mixed-race. La Tray relates stories to reveal the larger reality behind the "Little Shell" name, including how conflict with the US government led to the fracture and spreading out of what were once tight, family-based bands, their members often finding refuge on other reservations and marrying into other Montana tribes, like the Blackfeet and Salish people. The program helps people better understand who the Little Shell are, and their part in the history of North America.

Chris La Tray is a Métis storyteller, a descendent of the Pembina Band of the mighty Red River of the North and an enrolled member of the Little Shell Tribe of Chippewa Indians. His third book, Becoming Little Shell, will be published by Milkweed Editions in 2023. His first book, One-Sentence Journal: Short Poems and Essays from the World at Large won the 2018 Montana Book Award and a 2019 High Plains Book Award. His book of haiku and haibun poetry, Descended from a Travel-worn Satchel, was published in 2021 by Foothills Publishing. Chris writes the weekly newsletter "An Irritable Métis" on Substack and lives near Missoula, Montana. https://chrislatray.substack.com.