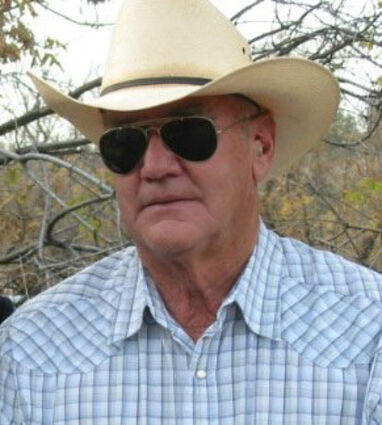 There will be small gathering for those who would like to raise a glass in honor of Doug at a future date.

Doug was born in Glasgow, Mont., on July 10, 1944, to the late Iver "Scottie" William and Dorothy Catherine (Maalerud) Martin, of Tampico, Mont. His childhood was spent on the family farm in Tampico which had been homesteaded by his grandparents.

Doug graduated from Glasgow High School in 1962 and joined the United States Army. During his time in the army, Doug excelled physically, receiving an exemplary score in the Physical Combat Proficiency Test. This wasn't merely a test of physical fitness; it was also a measure of physical talent. The score afforded Doug the ability to specialize during his army time, to which he chose to pursue operating heavy equipment. Doug served our country in Vietnam from 1965 to 1969 and was a member of the Hinsdale American Legion Auxiliary.

Doug started riding saddle bronc in high school and upon his return from Vietnam, rodeo continued to be a big part of his life. He rode in small rodeos across the country and successfully rode Descent, six-time Pro Rodeo bucking horse of the year, at the National Western Stock Show and Rodeo in Denver, Colo. Doug was one of few to ride the palomino gelding. Another highlight of his life, Doug took part in the Great Montana Centennial Cattle Drive in 1989, moving over 2,800 cattle from Roundup to Billings over the course of six days.

Doug was a pilot, much like his father and older brother. He did a great deal of flying for Boucher Ranch, periodically checking on their cattle remotely located near Fort Peck Reservoir. Son Clay recalls dropping hundreds of ping pong balls from the back of the plane as Doug took a low pass over Main Street Hinsdale during the annual 4th of July Parade.

During high school, Doug became a cowboy, working for Jack Rosenwald, who ran cattle and horses all over the Glasgow/Malta area. Doug worked and managed several ranches around the state, and with his wife, Shirley, was part owner of Stockman Bar in Malta, Mont., in the early 1970s. Doug operated a road grader for Valley County until his retirement in 2018. He did an excellent job maintaining hundreds of miles of dirt roads and was greatly appreciated by the community for his attentiveness and skill.

He was preceded in death by his parents, Iver and Dorothy Martin; his sister Lillian (John) Tischmak; and brothers Lee (Ruth) and Larry Martin.