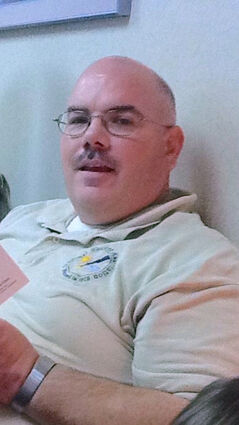 Thomas L. Salem Jr., of Lakeland, Tenn., the Science and Operations Officer of the Memphis station of the National Weather Service, is dead. He was suffering from renal cell carcinoma and passed at Baptist Memorial Hospital in Memphis on the evening of September 13, 2022. He was 57.

Salem was born in Cleveland, Ohio, in 1965, attended undergraduate and graduate school at Pennsylvania State University before entering the weather service in 1995 as a Lake Effect Researcher in the National Weather Service Eastern Region Headquarters on Long Island, N.Y. In 2001, he was promoted to SOO of the Glasgow, Mont., office before being transferred to the SOO position at the Memphis station in 2007. He also served there as acting Meteorologist in Charge in 2021 and 2022.

Salem was preceded in death by his parents, Thomas L. Salem Sr. and Joanne Salem (née Celebrezze), and he is survived by five siblings and five nieces and nephews: his sister, Mary A. Hyde, married to William, and their daughters Caroline and Catherine, of Virginia; brother Patrick J. Salem, married to Dr. Mary T. Cherian, and their son Thomas, of Illinois; brother George F. Salem married to Jennifer (née Hutten), of Ohio; brother Kevin M. Salem, of Ohio; and brother Richard M. Salem married to Dr. Elizabeth (née Wesolowski) and their children Clare and Richard, also of Ohio. He is also survived by aunts and an uncle, cousins and friends.

In addition to his work at the NWS, Salem served as a member of his church's youth ministry, was a long-time member of the Boy Scouts of America after achieving the rank of Eagle in 1983, and played softball for many years.

A 15-year member of St. Francis of Assisi Catholic Church in Cordova, Tenn., Salem will be celebrated there in a memorial mass on Friday, Sept. 30 at 10 a.m. A greeting for family and friends begins at the church at 9:30 a.m.