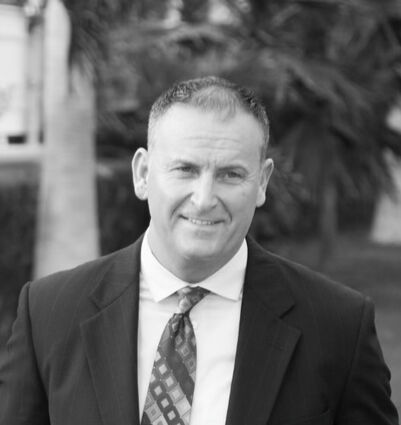 Heaven must have had a very important deal in the works because God called his best salesman home. The world became a quieter place on Thursday, Aug. 18, 2022, when Corey Dale Johnson received his ultimate promise and returned to the Lord. His siblings, Jeannie and Wes, undoubtedly welcomed him home with an epic celebration.

On Thursday, Aug. 26, a Billings, Mont., gathering to celebrate Corey's life will be held at The Northern Hotel with a service at 3:30 p.m. and social from 4 to 6 p.m.

A graveside service will be held on Tuesday, Aug. 30, at 1 p.m. at Highland Cemetery in Glasgow, Mont., with reception to follow at the Cottonwood Inn.

Born June 27, 1969, in Lewistown, Mont., to Larry and Judy Johnson, Corey was spirited and gutsy from the start. Corey grew up in Glasgow and spent as much time as possible at his grandparents' ranches north of Hinsdale. He and his older brother and lifelong best friend Jeff spent most summers in Stanford with their dad. Corey loved his school years in Glasgow. From a very young age Corey had a larger than life personality. Corey was a standout varsity basketball player for the Glasgow Scotties and class speaker at his high school graduation in 1987. Corey kept his friends laughing and his teachers on their toes.

Corey attended Jamestown College and Eastern Montana College on basketball scholarships. In 1989 his daughter Brooke was born. After his years at EMC, Corey went to work selling cars and trucks; he was a natural salesman and people leader and went on to have much success in the car business. In 2000, he married Ashley Jackson and they had two daughters, Avery in 2000 and Lily in 2002. His three lovely daughters were his life's pride and joy; no matter the sport or activity, Corey loved and supported their efforts. As pleased as he was by their talents and beauty, his deepest pride was in their kindness, their work ethic and their relationships with one another and their family.

After two decades and much success in the car business, at the behest of his good friend Chuck Debacker, Corey decided to try his hand at business ownership in the bank card processing industry. As it had been in the car business, his success was quick and Corey became a beloved business partner to clients throughout Montana, Wyoming and South Dakota. In recent years, Corey and Mary Page rekindled a friendship that started nearly 40 years ago on the Tampico route school bus. They chose to do life together and every day was an adventure and a celebration.

Corey loved waking up before the sun and was singing before his feet hit the ground. Prayer and coffee, the gym, a phone call with Jeff, a hearty breakfast and probably another phone call with Jeff were how his favorite days started. Corey lived vibrantly and he loved action. If he wasn't visiting with customers, checking in on his daughters, talking to Jeff (again) or closing a deal, he was surprising a stranger with a honk and a wave or filling the silence with his own personal auctioneer's chant. Always, he was looking for a reaction and a chance to make an unsuspecting stranger smile. The end of his favorite kind of day found Corey catching up on Fox News and local news, enjoying one of Mary's home-cooked family meals, relaxing a little and early to bed.

Corey saw the best in everyone. He loved to give people a chance to tell their story and help them see what made them special. His spirit is sure to live on in all those privileged to truly know him. An extrovert and a family man, Corey was loyal and protective. He had a keen sense of style, loved to laugh and spend quality time with family and friends. He loved good music, especially classic country and would spontaneously two-step if his wife or a daughter was nearby and the urge hit him. Corey enjoyed entertaining at his home and hosting summertime poolside barbecues; yard, lawn, flowers and every detail in perfect order. He would occasionally delight guests with expert dives one might not expect possible by a man who stood 6 ft 6 in. Corey loved to travel, study the history of the places he visited, meet new people and enjoy the local culture. Corey had a bold wit and an occasionally hot temper. He was as quick to apologize as he was to forgive. Corey was genuine and sincere, especially with praise and compliments. He loved a good inside joke, giving nicknames and inventing words and phrases to amuse his friends and family. Corey had a soft spot for animals, hated suffering of any kind and always rooted for the underdog.

Corey was resilient. He was flawed just like each of God's children, yet very aware of his shortcomings and he never stopped trying to be and do better. Corey was intuitive. He had a very strong sense of truth and was not afraid to call out a lie or deception. While this insight confounded many, it brought out the best in those who chose to rise to the occasion.

Corey was diagnosed with late-stage pancreatic cancer in September, 2021. Determined to fight, Corey and his family consulted with the very best specialists in the world. His battle was as courageous as has ever been fought. He defied every odd and though his incredible care team assured him he fought earnestly and gave 100 percent, Corey's body eventually succumbed to the insidious disease. Corey's spirit prevailed as he spent his last waking moments entertaining his family and himself with his unfailing humor and loving kindness. Friends who visited shared heartfelt stories of how Corey touched their lives and of his impact as a sales leader.

Many were waiting to welcome Corey to heaven including his sister Jeannie; brother Wes; father Larry; grandparents Junior and Helen Craig, Lawrence Johnson and Vince and Esther Barnard and Kirby (a Schnauzer Corey called Rowd or FortyFive).

Heartbroken yet confident of a reunion with Corey in God's time, he left his mother and step-father Judy and Butch Blatter; brother, lifelong best friend and biggest fan Jeffrey and his wife Linda; daughters Lily, Avery, and Brooke and her husband Eric and their children Malachi and Annika; his wife Mary; his first wife and beloved friend Ashley; sister-in-law Shanlee; nieces Tiffany, Olivia, Maddison and Hillari; nephews Reese, Brock and Maverick; and two adoring dogs Oliver and Arlo (aka Dahlbert and Roy).

Corey loved flowers and helping others. If you'd like to honor him with a gift in lieu of flowers, please consider making a donation in his name to a charity of your choice helping underprivileged youth, homeless people or animals.