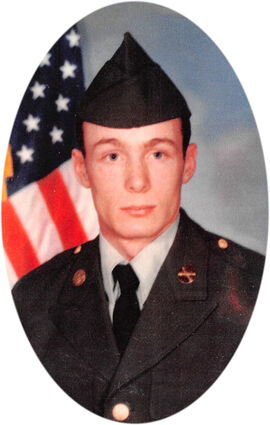 Mac was born on Aug. 31, 1959, at Columbus Air Force Base in Mississippi to John and Virginia (Hansen) McLean. He graduated from high school in Great Falls, Mont., in 1977. He enlisted in the Army in 1982 and was sent to Fort Sill Oklahoma where he was trained to be a Fabric Repair Specialist. He was honorably discharged from the Army in 1990.

Mac moved to Miles City, Mont., where he met his wife, Rose Ann Fabert, and they married in 1994. In 1995, he delivered his son, Nathan, while on the way to the hospital. In 1996 the family moved to the Glasgow/St. Marie area where his second son, John, was born. The family went on to have a small ranch near Great Falls where Mac raised chickens, turkeys and pigs. Later they made their home in Glasgow.

He was a jack of all trades, not only raising animals but he was a minister for the Church of Christ, he spent a number of years at Blue Rock Distributors and he had been working as the dairy manager at Albertsons for the last 10 years.

Mac loved spending time with his family, but he could also be found hunting, fishing, doing carpentry and engaging in bible studies.

Mac was diagnosed with cancer in December of 2020 and fought to beat it. He will be remembered for his signature saying when asked how things were going "I'm just peachy."