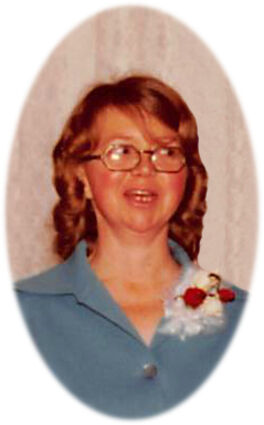 On June 5, 2022, Eldora June Skolrud, 86, passed away peacefully with family by her side at the Frances Mahon Deaconess Hospital in Glasgow.

She was born on July 22, 1935 in New Deal, Mont. to Arthur and Esther (Olson) Zeiger. She was the second oldest of 9 children. She attended all her school years at Nashua School and participated in Twirling. She graduated in 1953.

On November 7, 1954, she married Donald Skolrud. In their 67 years of marriage, they raised 3 boys; Lee, Terry and Kris and 2 girls; Diane and Donna. She worked at the Nashua School for several years as a teacher's aide and librarian. She then took the wonderful job of daycare babysitter. She became a wonderful caregiver of so many children for so many years. Her house was always filled with children. During her early years, she enjoyed sewing western shirts and baby blankets. If you were lucky enough to get a western shirt made by Eldora, you knew it would last a lifetime and generations to come. She also made a baby blanket for every one of her grandkids when they were born. She also enjoyed baking and or eating cookies, reading books, being with family, and teaching anyone how to cook, bake, and sew. She also has a very impressive collection of souvenir spoons that her kids, grandkids, and friends have helped her collect. All the spoons are now kept in a collectors' case that her crafty husband built for her. She also never forgot to send a birthday card or anniversary card to her family members. She was a member of the Legion Auxiliary and Our Redeemer Lutheran Church for several years.

A private family service for Eldora is planned.