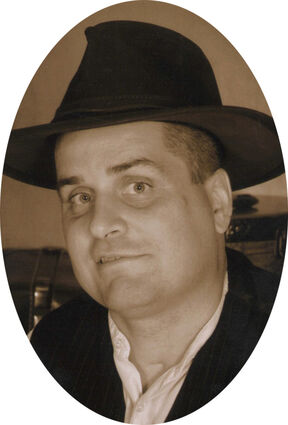 David Wayne Carson, 55, passed away peacefully with his family by his side on Wednesday, May 18, 2022.

He was born Oct. 28, 1966, to Robert and Donna (Nefzger) Carson in Wolf Point, Mont. Dave was in a car accident two days before his 18th birthday in 1985. He spent six months in a coma at St. Vincent in Billings and was moved to a nursing home in Havre for a couple of years where he had to relearn everything before finally returning home in 1987. Dave got stronger, learned to walk, talk and live life again. Dave loved his Oasis family and worked there until he retired. He loved to cruise his car around Glasgow and was known for his horn. He was an avid movie collector and would watch movies and spent time with his family whenever he could.

Proceeding him in death are his parents, Donna and Doug FitzSimmons and Robert Carson; grandparents Earl and Lois Nefzger and Gene and Mona FitzSimmons.

A memorial service was 11 a.m., Monday, May 23, at Assembly of God Church in Glasgow with Pastor Tom Fauth officiating.Inurnment took place in Vida Cemetery in Vida, Mont.