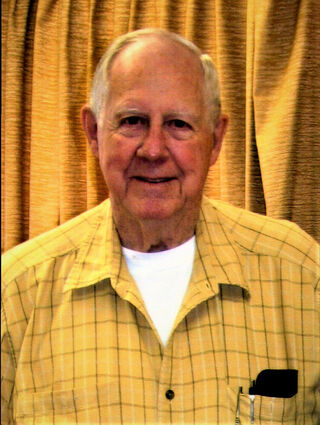 A family gathering will be in Seattle at a later date. Ronnie's cremains will be interred in Highland Cemetery, Glasgow, Mont., where his parents and two brothers are buried.

He was born at home in Opheim, Valley County, Mont., on June 10, 1930, to, Hjalmar Olaus Dohlen and Agnes Leova McInerney. He was the youngest, joining his siblings, Ormand, Ardelle, Corrine, and Erling. His father was Superintendent of Schools in Valley County, so he attended the local schools.

After his military service, he attended Montana State College in Bozeman, Mont., graduating in civil engineering in 1956. He began working with Teichert Construction in Sacramento and worked there at least 35 years until retirement, mentoring many engineers over the years. He enjoyed everything associated with the outdoors - archery, fishing, and used his 1965 Jeep CJ5 in many Jamborees.

In 1980 he purchased his house in Elk Grove, Calif., and lived there blissfully until he passed away. In earlier years, every summer he had a huge garden on his five-acre plot and shared his harvest with the neighbors. A loner who loved his house and surroundings, to the end he remained independent and in his home. We will miss him.

He is survived by his sister Corrine Dohlen Jordan (John) in the Seattle area and nieces and nephews in Montana and Washington, including Harold "Hal" Dohlen who runs the family farm in Opheim.

Special thanks to neighbor April and her husband for their friendship, friend Craig for help with his finances, and Isaia who took care of him near the end.