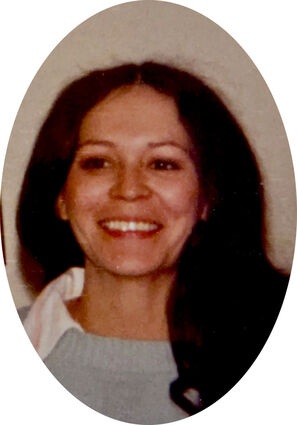 Funeral services will be 1 p.m., Saturday, March 26, at the Wolf Point New Community Hall, burial will follow in St. Joseph's Cemetery in Frazer, Mont. A reception will be hosted by the family at the Wolf Point Community Center following the burial.

She was born in Poplar, Mont., and spent most of her life on the plains of northeast Montana. She was faithfully married to Willis Packineau for almost four decades.

She was an avid book worm with a penchant for murder mysteries. When most septuagenarians are afraid of technology, she kept track of her many nieces, nephews and grandchildren through Facebook, always adding a positive note to their many achievements and accomplishments.

Her knowledge of history, music, art and pop culture made her a formidable trivia pursuit foe, who we always thought would be on Jeopardy. She was a Yahtzee adding machine and was a master of multi-card Bingo. She was an artist whose beadwork was well-known on the pow wow circuit.

She was a kind and caring grandmother who doted on her many grandchildren, often with readers on her head and a diet Coke in hand. When you walked into the house, you would hear the roll of dice and be told to pull up a chair.

She is survived by her children Marianne (Kurt), Adam (Kami), Ashlee (Jay), Jerome (Jeanette), Tonia and Carol; adopted sons, Dale Golder, Bob Bennett, Walter Runsabove, and Frank Johnston; adopted daughter, Winona Runsabove; numerous grandchildren and great-grandchildren. If we forgot to mention anyone, it was unintentional and know that you are loved.

The family would like to especially thank Bean, Charlie, Danna, a special friend, and Winona for their love and guidance during this difficult time.