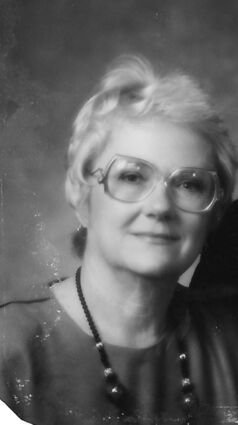 There are no funeral services planned at this time. The family plans to bury her at Hillview Cemetery Hinsdale, Mont., this summer.

Her father eventually sold the hotel and moved Peggy and her brother Monte to a ranch, the 4Ds ranch (each "D" representing each member of the Denham family) where they spent many happy years. They raised Angus cattle and her mother Mildred was able to care for her many beloved pets including a Canadian goose and a parrot named Polly.

Peggy graduated from Hinsdale High School class of 1952. The friendships that she formed with the people of Hinsdale were the most influential and enduring throughout her life. She met her husband, Lowell "Stretch" Mayfield, while attending the University of Montana. When Stretch declared his love for her, that was all the convincing she needed to marry and follow him around the country making a nice home for him and their growing family. Peggy and Lowell went on to have six children and lived in numerous states from New York to California. Yet in spite of all the places they lived, her children grew up hearing the many stories about her life in Hinsdale.

Peggy was also proud of her children and their accomplishments. During a recent move out of her home in Monrovia, Calif., there were many boxes that had been lovingly filled and stored with perfectly preserved awards, pictures, artwork and stories created by her six children.

She was preceded in death by her mother Mildred; father Morris; and brother Monte Denham.

We wish to thank her lifelong friends Jo Ann Russell and Ruby Gleason and the townsfolk of Hinsdale as well as all the surviving classmates of Hinsdale High who helped keep Mom's spirits up during her extended illness.

Peggy Jane Denham, the last of the 4Ds, was a firecracker of a woman who was full of fun and energy.

Her family will miss her very much.