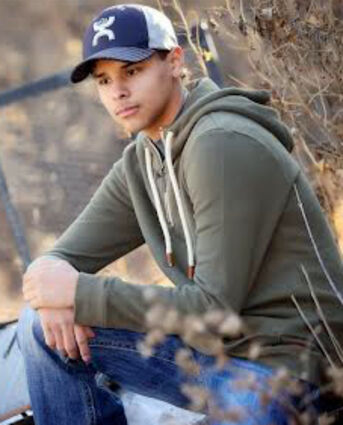 The family will receive relatives and friends for visitation at Springan Stevenson Funeral Home in Stanley, N.D., at 6 p.m. on Thursday, March 24. His funeral Mass will be held at 10:30 a.m., Friday, March 25, at the Queen of The Most Holy Rosary in Stanley. Father Jason Signalness will officiate. Harley will be laid to rest in the Fairview Cemetery in Stanley.

The funeral service will be broadcast. You can view Harley's service directly on his obituary page on our website http://www.springanstevenson.com.

Harley was born on May 2, 2003, in Glasgow, Mont. At the age of four, Harley and his family moved to Stanley, where he would spend his childhood and teenage years making great friendships. Harley attended Stanley Public Schools where he graduated with honors in 2021. After graduation, Harley worked as a shop hand for Revelatory Services, and attended Nueta Hidatsa Sahnish Community College. Harley was expected to graduate with his certification in welding in May of 2022.

At a very young age while his cousins were riding their Power Wheels, Harley was riding dirt bikes and four-wheelers. He was always looking for ways to get more speed out of his bikes because he loved to go fast. Growing up Harley had a very special bond with his "Papa" Grandpa Geiser. His Papa would take him to work where Harley became very good at charming the ladies. In the summertime Harley loved spending time on his family pontoon, knee boarding and tubing. In the fall Harley loved to load up his Chevy truck and venture out with his friends to hunt. There were many evenings spent with his friends just hanging out and sitting around a bonfire. Harley was the happiest when he was doing anything that kept him outdoors.

Harley was proud to be a big brother to Vaughn and Ellie. If he wasn't giving Vaughn a hard time, he was doting on his little sister Ellie who had him wrapped around her little finger.

Springan Stevenson Funeral Home of Stanley have been entrusted with arrangements and services. Friends may sign the online register and give their condolences at http://www.springanstevenson.com.