She was the daughter of Naval Air Warren Officer Louis Antonio Montoya and Reverend Evelyn Oliver Douziech. Celia's early childhood was spent traveling with her military family to different states and overseas to Puerto Rico. At the age of 11, she became radically saved and began helping her mother Evelyn on trips to evangelize and teach the 'braceros,' immigrant farm workers from Mexico. She loved to teach the little children.

Before she lost her voice Celia had a beautiful soprano voice and played the guitar. She performed in several musical plays in high school including, Oklahoma and New York, New York. After high school she worked for Wells Fargo Bank in San Jose, Calif., for many years then she became the accountant for "Frys" grocery stores.

In 1979, she married Jeff Adams and five years later they had a son and called him Michael Travis, named after her brother who had died in missionary work in the Philippines.

In 1992, she had a son named Dylan Thomas Mendez, then later in 2002 a daughter named Isabel Lillian Suzanne Hobbs. She lived 15 miles away from the Saint Lick Observatory in San Jose, Calif., for 19 years. 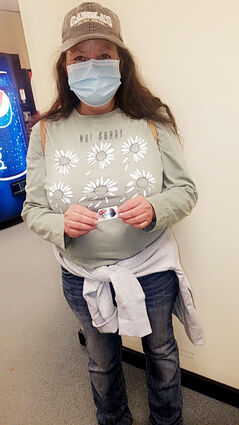 Celia moved to Glasgow, Mont., in 2010. She received her CNA license and worked for Prairie Ridge Village for a number of years and then for Valley View Home. Her last few years were spent doing home care and hospice.

She is survived by her children, Michael Travis Adams and Isabel Lillian Suzanne Hobbs-Montoya; grandchild Mason Adams; along with numerous family members in California and Oregon.

A memorial service was held at the Evangelical Church in Glasgow at noon, March 18.