First Trip to the Top Eight Since 1997 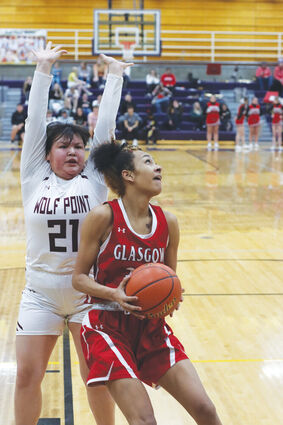 Glasgow's Sabrina Harsh leaves Wolf Point's Haidyn Raining Bird behind as the Scottie makes a move to the basket. Harsh had 16 points, five rebounds, three blocks and a steal in Glasgow's 57-52 victory.

For the first time in 24 years, the Scotties girls basketball team is headed to the State tournament. The last Glasgow's girls team to make the final cut was in 1997.

Glasgow took the long route to make the state tournament, avenging a loss along...