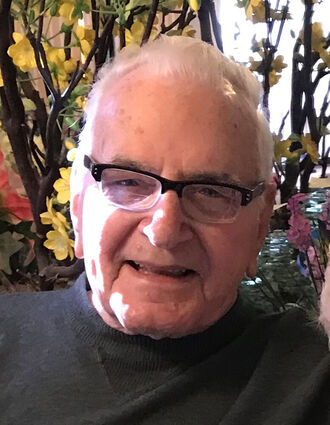 Clifford B. Heck passed away peacefully Tuesday, March 1, 2022, at the age of 96 surrounded by his family.

A celebration of life is planned for July of this year in Minneapolis, Minn.

Cliff served his country in the Marine Corps from 1944 to 1946. He married Helen DeVaan in January of 1948. They moved to Glentana in 1956 where they raised their five children.

After retiring from Burlington Northern in 1990, he and Helen moved to Las Vegas, Nev., where they played Bingo every day and enjoyed their retirement to the fullest. They moved to Minneapolis in 2019 where they have been living with their daughter Pam.

Cliff was preceded in death by his son Rick, grandson Damon and three brothers, Jimmy, Clinton and Clayton.