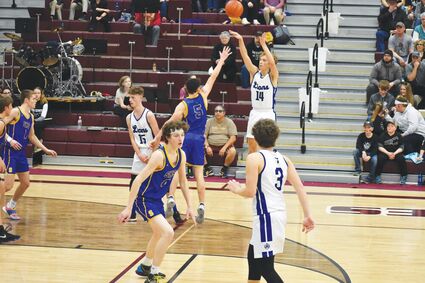 Lustre's Kolden Hoversland takes a shot against Sidney after a screen by Elijah Lenihan (#15) while Cayden Klatt watches.

In a somewhat surprising boys 3C championship game, Scobey handed Lustre Christian their first loss of the year. The Spartans defeated the Lions by a single-point in the low-scoring game 34-33.