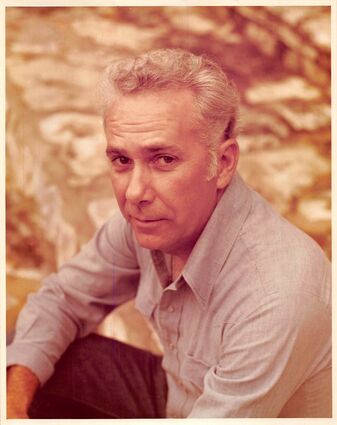 A viewing was held on Feb. 14 at the Clayton Stevenson Memorial Chapel in Wolf Point. Cremation followed.

A Memorial Service will be held on Wednesday, Feb. 16 at the First Lutheran Church in Wolf Point with a luncheon to follow.

He was born in Central Lake, Michigan on February 17, 1942, youngest of three children of Vercil and Maud Mason, Nancy and Helen being his older sisters. He graduated High School in Lakeview, Michigan in June 1960, and enlisted in the USAF in January 1961 and began his career as an aircraft mechanic.

He married Diana Sloan in June 1961. His first overseas assignment was to Germany and their 2 children, Cerise Lynne and Edward Cash were born there. He had a notable and distinguished career in the USAF and was the Crew Chief on various fighter jets, including the F104 and the F16. Ed served in Thailand in the Vietnam Era. He was at Bitburg Air Force Base in Germany from December 1971 to June 1976, Edwards Air Force Base in California and at Keflavik, Iceland from August 1977 to August 1979.

Ed's last assignment was to Cairo, Egypt in 1982, where he served as Senior Maintenance Advisor to the Egyptian Air Force for the Peace Vector Program. There he met the love of his life and soul mate, Sandi. He retired from the Air Force at Hill Air Force Base, Utah, in January 1983, and started work for General Dynamics in Fort Worth, Texas, the following day. Ed and Sandi were married in Fort Worth, Texas in August 1983, then had a church ceremony in Whitstable, Kent, England in September 1983.

They went to Venezuela in October 1983, where he was an integral part of the team that taught the Venezuelan Air Force to fly and maintain the F16. He then worked for Martin Matietta at Vandenberg Air Force Base, near Santa Maria in California on the Peacekeeper Missile, and then Rockwell on the B1B Stealth Bomber, and finally returned to General Dynamics at Edwards Air Force Base in California, working as Crew Chief again on the F16.

They moved back to the Dallas/Fort Worth area in 1993, this time for Sandi's career and Ed worked as a mechanic until he retired in 2004. They were in Cheyenne, Wyoming, for a year, and in October 2006, they finally moved to the house they had owned for years in St. Marie, Montana. They spent 11 very happy years in St. Marie, before Sandi's job at the hospital brought them to Wolf Point in October 2017.

Ed was a lifetime member of the VFW in Glasgow. He loved being a grandfather and loved seeing his grandchildren. He had a passion for golf, enjoyed working on projects around the house, and he loved to travel.

He was preceded in death by his parents, Vercil and Maud Mason; grandson, Christopher Heidenthal; and sister, Nancy.

In lieu of flowers, donations may be made to the VFW in Glasgow.