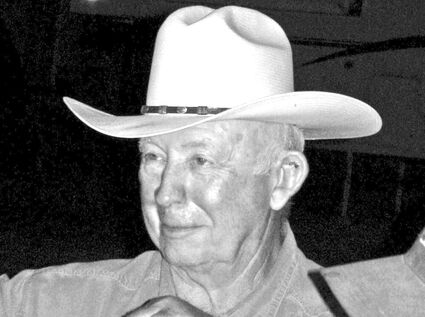 Roger Wayne Jager, beloved husband, father, grandfather, great-grandfather and Veteran passed on to the kingdom of heaven on Dec. 29, 2021, in Auburn, CA at the age of 88. He died peacefully, watched over by his loving wife of 66 years, Irene. In his final months, Roger was cared for and surrounded by family members he had raised, provided for and loved unconditionally.

Roger lived a kind, gracious, humble and faithful life. Born on May 19, 1933 to Eric and Juanita Jager in Ophiem, MT, he grew up in Glasgow with his four siblings Dewayne, Betty, Jack and Doris. He was a product of the American West, through and through. When he was 11 years old, he spent a summer alone on the open range herding sheep to buy his first saddle.

An avid movie fan, Roger loved a good Western. He collected saddles, guns and memorabilia from his favorite stars John Wayne, Roy Rogers and many more. While serving in the Army stationed at Fort Lewis, WA in 1954, he appeared as an extra in the Audie Murphy World War II film "To Hell and Back."

Roger loved his family, animals, and professional bull riding. He was a jockey, a sheepherder, an accomplished mechanic, a skilled dirt mover and a business owner. He put his heart into everything he did.

Roger and Irene married in 1955 and together raised five children in Nashua, MT. Roger spent those years as part of a road crew operating and repairing construction equipment. In 1972 during the trans-Alaska pipeline boom, the family moved to the Fairbanks area where Roger worked as a mechanic. Fittingly consistent with his love of movies, in 1986 Roger and his family opened the independent video rental chain Box Office Video that operated in Fairbanks and North Pole for over 15 years.

Although his heart would always be in Montana and Alaska, in 2008 Roger and Irene moved to Auburn, CA to join his daughter Roxy's family and build a family ranch. He spent his final years doing the things he loved: herding cows, building roads and fences, and enjoying family gatherings. His home and heart were filled with visits from his children, grandchildren and great-grandchildren. Roger was deeply loved.