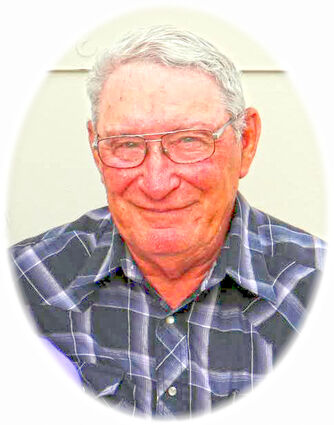 John C. Rorvik, age 74, of Nashua passed away December 20 at St. Vincent's Hospital in Billings with his family by his side.  John was born March 1, 1947 to Carl and Margaret "Peggy" (Burman) Rorvik in Wolf Point, Montana.  He was the eldest of eight children and took the responsibility of being the oldest to heart.  He cared so much about his younger siblings.  The family moved a few times in John's early years as their homes of log seemed destined to catch fire.  The family finally built a block house and remained there for several years dry land farming.  John and his school aged siblings walked daily to the Illmont School through the 8th grade that was about two miles away.  He then ventured off to Vancouver his freshman year, staying with his Aunt Aggie and Uncle LeRoy, where he was introduced to the Mormon faith.  He then returned home to help with the farm and finished up his remaining school years attending his sophomore year in Circle and then finishing out his last two years of high school in Nashua where he graduated in 1965.  After graduating John enlisted in the Army, going to Germany and then on to Vietnam.  He told us many stories of being a mechanic there and of crazy helicopter rides as he was lifted across the country being asked to go fix tanks or other broken down machinery.  He returned home in 1969.  John was very proud of his service to our country and of his lifelong membership in the VFW.

John married Donna Rees on June 13, 1970.  They began their life together out on the Rees homestead where he worked for Harold until he was able to buy their own land outside of Nashua.  John worked hard to expand their operation and instill his love for the land and farming/ranching into his kids through what we all lovingly call our home today - "Rorville".  John's home was always open and you would often see sisters, brothers, or even nieces and nephews staying for short and sometimes even long periods of time.  John worked hard all his life - not only on his farm but also for other custom baling and hauling when he could.  Even in "retirement" from his "south" mail route you would see him working cows, baling hay, irrigating, or repairing a broken down piece of machinery.  When he wasn't working John enjoyed watching the old western tv shows, the Weather Channel, and the Ag reports.  He also loved fishing and going to watch his grandchildren play sports.  He also always looked forward to the gambling trips he and Donna took with their very good friends Ron and Pat.

John is preceded in death by his parents, a brother, Jim Rorvik, and a sister, Jennie Rorvik.

John is survived by his wife, Donna of 51 years of Nashua; their three children:  Janice (Tim) of Fort Peck, Wesley (Teresa) of Nashua, and Jeffery (Kayla) of Nashua; his three grandchildren, whom he was so very proud of:  Tia, Reese, and Carson; his siblings: Jerre, Jesse, Judy, Jean, and Janet plus numerous other nieces and nephews.

A memorial service with Military honors was December 27, 2021 at Bell Mortuary with Pastor Bonnie Novak officiating.

A reception followed at the VFW Post #3107 in Glasgow.

Burial will take place at a later date at Riverview Cemetery in Circle.