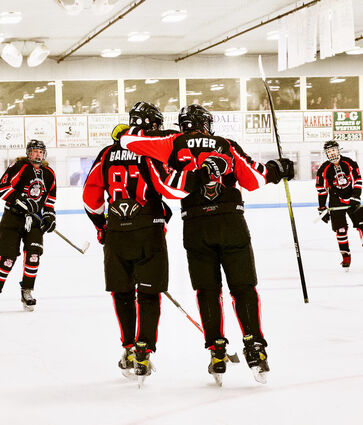 The Richland Rangers came to Glasgow for a rare mid-week game against the Ice Dawgs Dec. 29. Glasgow scored first in the non-conference game but the team from Sidney got the last word and the win by a score of 6-4.

Michael Hoyer found the back of the net first, scoring unassisted at 9:30 in the first period. The visiting team answered with 2:09 left in the period. They took the lead with a mere 23 seconds left before the buzzer.

The Rangers increased their lead to two goals at 9:35 in the second period on a power play. Richland allowed Peyton Hubbard to sit for only six seconds of his two minutes for roughing before they found their way past Dawgs' netminder Aidin Wilkowski.

Trevor Dulaney cut his opponents' lead to one on a Glasgow power play. He scored on the man-advantage at 8:$6 with an assist from Hoyer with a Ranger in the sin bin for interference. Richland regained their two-goal lead with 2:53 remaining before intermission.

The Rangers increased their lead to a three-point margin early in the third period. Richland's goal came 27 seconds into Tatum Hansen's interference penalty at 11:45. 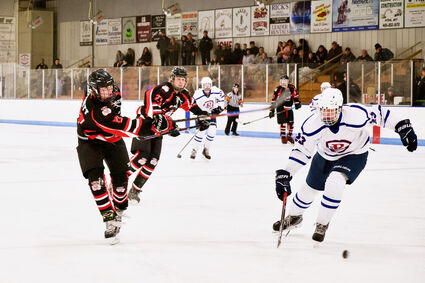 Colter Barnett takes a shot against the Richland Rangers Dec. 29 in Glasgow.

But with only 35.4 seconds remaining and down a man, Richland put the biscuit in the net for the sixth and final time in the game.

Wilkowski faced 43 shots between the pipes while the Dawgs put 24 pucks on the Rangers' net. Glasgow was called for five penalties while Richland sat for four infractions.

In addition to Hubbard and Hansen, Dylan Hughes and Hoyer both sat for roughing in the second and Hoyer sat again in the third for elbowing.

The Ice Dawgs host Whitefish for a pair of games this weekend at the Valley Event Center. The teams meet Saturday, Jan. 8, at 8 p.m. and again on Sunday, Jan. 9, at 8 a.m.